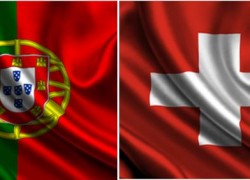 The Switzerland referendum against “massive immigration,” setting restrictions on European Union citizens emigrating to the country, is a cause for concern to Portugal, said Portuguese Minister of Foreign Affairs Rui Machete.

Machete said that the new measures voted February 9th would “oblige a review of the relationship ongoing between the EU and Switzerland” given how this changes the current free circulation of people, capital, goods and services.

Machete stated: “We shall have to consult Portuguese emigrants in Switzerland and collect their opinions on the situation but we do clearly perceive this situation with some alarm.” He added that the new measures would particularly impact any recent arrivals in the country.

It is unknown how many of the current Portuguese in Switzerland will be affected, but it is estimated that 250,000 Portuguese live in the country, the second most numerous immigrant  group, representing 14% of the total population.

The largest group of immigrants is comprised of Germans representing about 24 %  with Italians comprising 12.9%, the French 10.7% and the Spanish 5.9 %. The Africans represent 4.3 %, and Asians just over 2 %. About 80 thousand people migrate to Switzerland ever year. One-third of them come from Western countries.

Leaders of the European Union now fear that the European Parliament elections, scheduled in three months, will result in more xenophobic measures hostile to immigration.