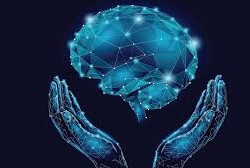 Mental health issues are festering on the sidelines of the constant news reports about COVID’19 infection and death rates, strict lockdown measures, the economic slump and vaccination plans.

As is the case globally, a great many citizens in Portugal have to cope with Covid-related stress, anxiety, loneliness, fear, depression, anger or worse.

Other symptoms include changes in appetite, energy and interests. Some people are having difficulty concentrating, making decisions or sleeping. Headaches, body pains, stomach problems and skin rashes are among the physical reactions to worsening mental conditions that at the other end of the scale are causing domestic violence and self-harm.

According to a leading Portuguese psychologist,   Francisco Miranda Rodrigues, there are only 2.5 mental health professionals per 100,000 people in Portugal. As the months go by, more and more people – especially those living alone or in very tight family units with little or no income – have become especially vulnerable.

Portugal has gone from being one of the least affected by the pandemic to having the highest infection and death rates per head of population in the world.

While hospitals are being overwhelmed and struggling to take in more coronavirus patients, they are also faced with trying to treat patients arriving with illnesses just as deadly, or even more so. Mental health is thus being overshadowed.

Nearly 40% of all COVID’19 deaths occurred this January. In March last year, this was the last country in Europe to register its first COVID’19 case.

Portugal’s total contagion figures per head of population went on last year to be as little as 10 percent of those in neighbouring Spain, while the latter was one of the most affected countries in the European Union. Perhaps this helped create complacency in Portugal.

There is certainly no complacency now. Tight lockdown restrictions have been extended at least to the middle of this month and the border with Spain has been closed. As necessary as these measures may be, they have led to greater public frustration and protests.

The sluggish rollout of vaccines is troubling to many citizens. Others have little or no confidence in the vaccines, an attitude supported by disinformation and scare-mongering on social media.

It’s estimated that as little as 30 percent of Portugal’s population is even abiding by the social distancing rules. This may be due in part to pandemic fatigue that has been on the rise since last March, says Francisco Miranda Rodrigues.

“It’s a complicated cocktail of causes, perhaps unique to Portugal,” he told Aljazeera. “Twenty percent of our population lives in poverty or social exclusion, a very significant figure, and after such a long pandemic their limited resources have been used up. As a result, their ability to follow the lockdown rules has gone up in smoke.”

As in other countries, the Portuguese government’s “stay at home” mantra has been complicated by pages of confusing exceptions to the basic rules. The threat of fines has added to worries and annoyance.

Herbal remedies and prescription anti-depressant drugs are available in pharmacies, but mental health specialists have a number of other suggestions to help those struggling on their own with Covid-related problems.

For a start it’s a good idea to take lengthy breaks from viewing, listening to or reading about COVID’19 news. Thinking as positively as possible and confiding as necessary in those you trust may be reassuring.

By taking care of your body you will be taking care of you mind too. That means a well-balanced diet, regular exercise, avoiding excessive alcohol, tobacco or other dodgy substances, and getting plenty of sleep.