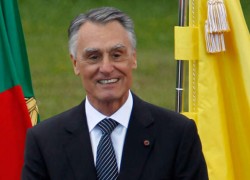 The President of Portugal, Anibal Cavaco Silva, has formally requested Prime Minister elect Passos Coelho, to quickly “draw up a government” before the final vote count of the June 5 elections is known.

He asked that, prior to his official nomination of the Prime Minister elect, “the make-up of the new government be submitted to his consideration,” as soon as possible.

Final results from the June 5 snap elections could take up to two weeks to be known. The final account of ballots, to include absentee mail votes from the Portuguese living abroad, is scheduled for June 15.

Under the Portuguese Constitution the President can only formally nominate the Prime Minister after the final results of the election, including the absenttee votes, are published.

The President hopes to swear in the new administration in time for incoming Prime Minister Passos Coelho to attend the next European Council scheduled for June 23 and 24, in Brussels.  He said, “Given the situation in which the country finds itself, it would be totally advantageous for the new government to take office as quickly as possible.”

According to Cavaco Silva, if Passos Coelho is not in office before the next European Council meets, Lisbon will have to be represented by outgoing Prime Minister José Socrates.

For Cavaco Silva, it would be “good” and “convenient” for the new Cabinet to be in place by June 23, when Portugal’s 78 billion-euro ($114 USD billion) bailout deal is the main topic on the Council’s agenda.

European Union leaders have expressed confidence that Portugal will meet initial bailout timetables despite the need to form a new government following the elections.

President Cavaco Silva’s party, the Social Democratic Party (PSD), was the winner of the June 5 legislative elections, with a considerable margin over the Socialist Party (PS) led by outgoing Prime Minister José Socrates.

The conservative Social Democrat Party (PSD) won 105 Parliament seats out of a total of 226, defeating the progressive Socialist Party (PS) with 73 seats. In spite of winning with a margin of 32 seats, the Social Democrats didn’t reach the majority needed to form government. As a result, a coalition is under negotiation with the right-wing Christian Democrats (CDS-PP) holding 24 seats. They last governed in a coalition between 2002 and 2005.