Portugal is the European country with the highest rate of depression 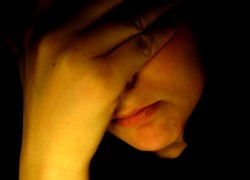 Portugal is the European country with the highest rate of depression and the second in the world, but it is estimated that one third of the population with severe mental disorders are not being treated, Lusa news agency reported.

According to the coordinator for the European Alliance Against Depression, psychiatrist Ricardo Gusmão, the United States is the only country that is ahead of Portugal in the rate of depression and mental disorders in general.

Gusmão believes that, although the use of antidepressants is much higher in Portugal than in other countries, there are still many seriously ill patients without treatment. “The most serious consequence of untreated depression is suicide and most suicides occur in the context of depression,” he said.

One reason for the lack of treatment could be the stigma associated with mental illness, which seems to be higher in Portugal than in other countries, and exists not only among patients, but also in the medical profession.

“There are still many physicians who think that depression is not a disease. Mental illnesses are diseases of the brain, not of the mind, and the brain is the organ that governs all others organs. In two thirds of people with depression, the first symptom that arises is physical,” Gusmão said.

To remove the burden of stigma, Gusmão advocates a change in the medical schools curricula guidelines by placing the focus of the disease on the brain instead of on the psychological medical model.

Ricardo Gusmão also believes that the difficulty to access adequate health care may be another reason why so many Portuguese people with mental illness are not being treated. “Yet, with current levels of consumption of antidepressants, one would expect that mental health was better in Portugal,” he observed.

According to figures from the European Alliance Against Depression, between 1995 and 2009, sales of antidepressants in Portugal increased 300% and the drugs are getting cheaper, allowing for greater access.

The overall prevalence of mental illness in Portugal is 22%. Every year, 7% of the population is diagnosed with depression and suicide is responsible for more than a thousand deaths annually. The total population of the Portugal is estimated (2011) at 10.6 million.

The month of October is dedicated to raising awareness of depression throughout Europe. The 8th European Depression Day is celebrated next Saturday, October 1st, under the theme “Depression: treat and defeat !”