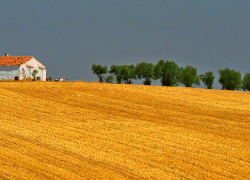 •  With these two words — Portugal Infinito — Fernando Pessoa opens his poem “Saudação a Walt Whitman” one of the most emblematic American poets [Greetings to Walt Whitman], in his book of poetry under the pseudonym of Álvaro de Campos. In this way he establishes a warm and reverent link between the two countries and kindred spirits. I would not be so bold as to affirm that never has such a penetration in to the American soul gone so far and deep, but it is possible.

Without meaning to interpret Pessoa for my own ends nor to misrepresent his intentions, here he seems to be expressing, in the etymological sense of that word, bringing out some of the suppressed, repressed, sublimated feelings the Portuguese have harbored over many centuries. In the poem, Pessoa talks fervently

about “meu entusiasmo pelo conteúdo de tudo” [my enthusiasm for the contents of everything]; “não quero fechos nas portas” [I don´t want locks on the doors]; “tirem esse lixo da minha frente” [remove that rubbish in front of me]. Finally, in homage and praise “Grande democrata epidérmico” [Great epidermic democrat], in his description of Whitman. This is a notable “voice of Portugal” crying for liberation and freedom, from a man, sadly, who has only rarely been understood in his home country.

If we were to base our evaluation of Portugal solely on the demerits I have brought out in the previous accounts, this would be nothing more than a caricature, or in a well-known metaphor, the account of a blind person touching the big toe of an elephant without being aware of the rest of the body.

Recently a Portuguese-American said to me “It is a disgrace that a country of hardly 10 million cannot thrive. It is beyond comprehension.” Yes, it is. With limited but sufficient resources, not only money, living in Portugal can be described as a paradise. There is creativity, invention, climate, cordiality, natural beauty, clean air and water, home-cooked traditional dishes, and so on. I do not mean to offend the immense majority of people who aren’t able, for one reason or another, to benefit from all these features, in peace and tranquility. So, when I, or anyone else, writes about this country – just which country are we talking about? Of the haves or the have-nots, and where the so-called gap between them grows and grows daily, and is one of the widest in Europe.

Before moving to Portugal in 1977, I had written to the then Ambassador in Washington, with some suggestions about lifting the country up, one about the superior quality of aguardente de medronho [local brandy]. The Ambassador kindly replied, first cordially thanking me, but lamenting that the production of this product was very small, and would not be able to supply world markets. Exactly, I said, a quality product in limited supply, like the world-famous French Bordeaux table wine Chateau Lafitte. You will need to take futures orders now, and sell very dearly. So, the American expression I have mentioned earlier, about “thinking big,” could in this case be emended to read “thinking small.”

During my time living here, a Prime Minister said that Portugal, as a smaller and dependent member of the European Union, would have to follow the lead. My reading would be just the opposite: Small is Beautiful is still a book that elicits support and interest, even though the banks and financial institutions think it is nonsense. Small is different and can be excellent.

The cooperative movement in Portugal, as a kind of third way between capitalism and socialism, also has lost its way, its government-appointed directors ignoring the fact that this sector is traditionally small, community-based and run. Portugal is principally rural, spread out in small villages and towns, where this sector should have been encouraged and supported, and where, in fact, it already existed on an informal basis before the so-called revolutionary ideas of the 25th of April

The publishing industry just now is being homogenized or consolidated, as it were, under one or two big players, to the point of extinguishing many small publishers with a long track record of quality, rather than producing, like these new big dealers, bestsellers or fast-sellers that will be forgotten tomorrow for lack of enduring values.

Portugal is small, peripheral, on the margin – a subsidiary. In recent times it has wanted to be like the larger players of the EU, to become assimilated and equal. In the process it has disrespected and destroyed its pristine originality and enchantment, its intimacy, without by that meaning to praise backwardness and rusticity. This is another fine line to tread. But as there is no major industry anymore to speak of, aside from tourism, which is highly volatile and vulnerable, a long-term strategy must be found, when, in fact, most planning today does not project further than get-rich-quick exploration by fly-by-nights. There is quick start-up capital, with no follow-up.

The Algarve region was up-for-grabs to the highest unscrupulous bidders, to attract mass tourism at any cost, on one of the most (ex) beautiful coasts in Europe. Now it is a cement jungle, all but spoiled, with so many golf-courses built and projected that water supply for agriculture and homes is already becoming scarce. Fresh water is infiltrated by sea-water because of the day-by-day deeper and deeper bore holes. The water is of poor quality from pesticides and fungicides massively promoted and sold to the farmers. Is there any end to this uncoordinated exploitation? Choices and priorities are not being made, in the Algarve and nationwide.

Agriculture itself as a profession throughout the country has been almost abandoned, underfunded, even looked down upon after the 25th of April, as lowly. At the same time, local markets import and sell products from all over the world, including the traditional codfish. The fishing fleets have not been renewed, and are inadequate to compete with almost any other fleet.

Church membership is dwindling; there is a shortage of seminarians and priests, in a country traditionally so strong and devoted in this area. Why?

Fast-food and unhealthy diets begin to replace the world-famous Mediterranean and Portuguese diet. Why?

Happily though, in contrast to the disappearance of certain aspects of Portuguese traditional life, we now witness the establishment of some new activities, professions, and initiatives, still small, but signs of perhaps a new ferment: Information technology and technological valleys the Lojas do Cidadão [the citizen´s shop] where much official paperwork and bureaucracy can be solved or circumvented in rapid order in one-stop; Via Verde automatic toll-paying devices that have revolutionized the world where it is being exported; online tax matters and banking, health tests and reports received on the computer at home, train tickets also ordered by and delivered on the computer or even on cell phones.

I have avoided talking about the more rustic aspects of life, but many aspects of it merit a comment here, and much praise; semi-literate technicians who can repair any kind of watch or clock, any kind of ancient camera, goldsmiths and silversmiths who still do repair jobs for clients of 5th Avenue New York shops, vintners of fine table wines who equal the best in the world, upholsterers and cabinet-makers whose work ranks with the best.

Are the above-mentioned innovations and talents an early sign of changing mentalidades [mentalities] winning out over past inertias, prejudices, restrictions such as the ones I have mentioned in the first two parts of this essay. It is too early to say with certainty, and it is not my role to emit value-judgments. Only the careful and interested reader now, and citizens in general, will be able to evaluate the future of the country in the light of its past history. There is no doubt, however, that most citizens have lost their self-esteem, a repeated buzz-word today, and have been denied and beaten down over the centuries into a kind of submission, almost imprinted in their genes. To remove or correct this will require some kind of shock or miracle, and lots of courage, on which the future of Portugal will depend.

John Howard Wolf, an American expatriate in Portugal since 1977, is a contributor to the Portuguese American Journal.