Portugal has the highest rate of immigration integration – EU 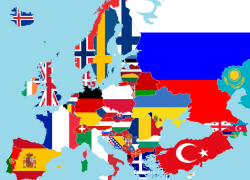 Portugal has the highest rate of immigration assimilation among the European Union countries, with 5.8 percent of foreign residents being granted citizenship. On average, in 2009, 2.4 citizenships were granted per 100 resident foreigners in the EU.

Cape Verdeans topped the list of foreigners who became Portuguese nationals, with 19.4 percent of the total. They were followed by immigrants from Brazil (14.5 percent), Moldova (10.7 percent) and Guinea-Bissau (8.4 percent).

According to the latest international Migrant Integration Policy Index, released in March 2011, by the British Council and the Migration Policy Group, Portugal was ranked the second country in the world, after Sweden, in the treatment of its immigrants, followed by Canada ranked third place. The United States ranked ninth among 31 countries in promoting full integration of legal residents.

The British Council and the Migration Policy Group used a variety of different criteria for their rankings. They included employment opportunities, access to education and anti-discrimination legislation. Experts from all around the world scored countries on how well their policies fitted with international standards upheld by the European Union.