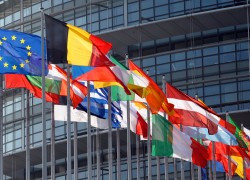 The former President of Portugal, Mário Soares, was memorialized today by the European Parliament, naming one of its main assembly rooms, in Brussels, after the late Portuguese President.

In a statement, the European Parliament announced that the decision to honor President Soares was taken during a plenary session in Strasbourg, France, to recognize “his relevant role as protagonist in the construction of the European project,” and marking the first year over his death on January 7, 2017 at the age of 92.

The formal ceremony will be held in the beginning of 2018 at a date to be announced. 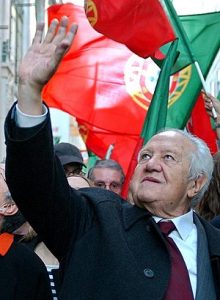 As Prime Minister, Mário Soares led the process of integration of Portugal as a member of the European Union. He signed the Treaty of Accession of Portugal to the EEC (European Economic Community) in June 12, 1985.

Mário Soares, was born in Lisbon, on December 7, 1924. He graduated in History and Philosophy from the University of Lisbon, where he also completed a Degree in Law.A lifelong political activist, as a lawyer he often defended political insurgents during the Salazar dictatorship. He was persecuted and jailed 12 times and exiled for his political activism.