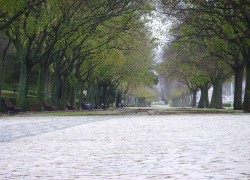 According to the 2011’s Global Peace Index (GPI), Portugal dropped from 13 to rank 17, out of 153 countries, in the annual report issued by the Institute for Economics and Peace.

The change reflects the recent increase in political and economic instability with social tensions arising from economic uncertainties and the re-equipping of the Portuguese military as the three key factors in the country’s downgrade in the study.

The report also revealed the world has become “slightly less peaceful” in the past year, with a higher potential for terrorist acts and more violent demonstrations.

The report has placed Iceland at the top of the list as the world’s most peaceful country, followed by New Zealand and Japan in second and third place, respectively.

The United States, at rank 82, fared considerably better than Russia at 147 and Somalia at 153, the most violent country in the world, while Canada, at rank 8, is among the top 10 most peaceful contries in the world.

For the fifth consecutive year, Western Europe is the most peaceful region with the majority of countries ranking in the top 20. Four Nordic countries are ranked in the top ten.

The GPI, produced by the Institute for Economics and Peace, is the world’s leading measure of global peacefulness.