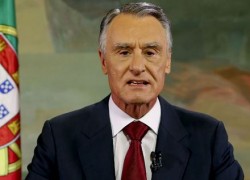 The President of Portugal, Aníbal Cavaco Silva, will travel to East Timor to attend the 10th Summit of the Community of Portuguese Speaking Countries (CPLP) taking place July 23 in Dili. Portuguese Prime Minister Pedro Passos Coelho is also expected to attend the summit.

Established in 1996, the Community of Portuguese Language Countries (CPLP) represents the nations where Portuguese if the official language, including the countries of Angola, Brazil, Cape Verde, Guinea-Bissau, Mozambique, Portugal, São Tomé and Príncipe and East Timor. the CPLP population is estimated at 240 million.

The Democratic Republic of Timor-Leste (population 1, 72, 390) is a Southeast Asian country comprised of half of the island of Timor. Established as a Portuguese colony in 1702, the country gained independence from Portugal in 1975. Following independence, East Timor was under Indonesia occupation until 2002 when freedom was restore.

Aníbal Cavaco Silva , 76, was elected for a first term as President of Portugal in 2006 and re-elected in 2011. He was Prime-Minister from 1985 to 1995. According to the Portuguese Constitution, the post of Portuguese President is largely ceremonial since the executive power lies with the Prime-Minister.