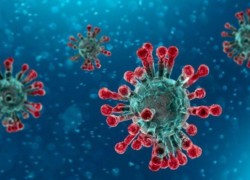 Portugal is one of the latest countries to confirm two cases of coronavirus (COVID-19) infections, Health Minister Marta Temido revealed.

Two men were hospitalized in Porto and are “in a stable condition and in good general health,” Temido said.

The first case is  a 60-year-old man who traveled to Italy recently. The other case is a man aged 33-year-old man, who returned from Valencia, Spain.

In addition, two Portuguese nationals, crew members on the Diamond Princess cruise ship, were hospitalized in Japan with confirmed cases of the infection. Three further crew members, who remain in Japan, tested negative for the virus.

In another development, the Minister for Foreign Affairs, Augusto Santos Silva, told reporters that about 8 Portuguese nationals were “stuck in Iran” – a country highly afflicted by the epidemic – due to the cancellation of flights. None of the individuals “appear to have been infected with the virus,” Santos Silva said.

The Azores registered two suspected cases of the coronavirus infection. The first was a 31-year-old man, in the municipality of Praia da Vitória, Terceira Island, “who returned on February 19, from Milan, Italy” and was evaluated for the infection. The second is a 24-year-old male resident in São Miguel island, who visited Italy between February 19-25. Both had negative result after laboratory analysis.

According to the Regional Secretary of Health, Tiago Lopes, the three hospitals in the Region, on the islands of Faial, Terceira and São Miguel, have 80 isolation rooms for potential carriers of the virus.

“Primarily the patients will be transported to the Hospital Santo Espírito on Terceira Island, because it is the hospital that has the laboratory capacity to confirm the diagnosis and the rooms with negative pressure to proceed with the procedure. hospitalization and treatment of the suspected case,” Tiago Lopes said.

Over 60 suspected cases have been tested in Portuguese hospitals so far, since the epidemic outbreak in China, all resulting negative, with tests on new suspected cases continuing.

The COVID-19 epidemic, which originated in central Chinese province of Hubei, continues to spread globally in 100 countries, with a total of more than 92,000 cases worldwide, resulting in 3,085 deaths as of March 2.

The World Health Organization (WHO) announced last Friday that it has raised its risk assessment of COVID-19 to “very high”—the highest level of alert.