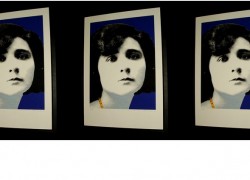 Florbela Espanca’s distinctly feminine symbology was recognized in the 1940s by the Portuguese poet and critic, Jorge de Sena.This symbology in part accounts for the scant recognition that Espanca received during her lifetime as a figure in Portuguese letters. As de Sena (1959) recognized, Espanca’s poetry was alien to the influential Presença aesthetic, which favored a universal (male) symbology (p. 139).

As a poet, Espanca reappropriated the feminine body as speech, sexuality, and mortality. A significant part of her poetry explores the writing subject in terms of what might be called “verbs of orality,” such as laughing, crying, kissing, talking, and speaking.  These verbs constitute a particular “florbelian,” even feminine, symbology, representing as they do the symbolizing process in bodily terms. In addition, the words mouth and hands recur throughout Espanca’s work. These  words suggest that language/writing/speech are “the work of the body” (Kristeva, 1989, p. 54). Kristeva’s idea is useful for speaking around the Cartesian subject, whose body is in excess beyond reason, an excess that traditionally has been projected onto an abstraction called Woman. Espanca’s use of bodily imagery as reappropriation of the feminine body increased the chances that she would never be understood in her lifetime.

In the poem “Languidez,” Espanca (1985, p. 86)[1] uses the name of António Nobre, her much admired contemporary (Anto). However, her use of Nobre’s name references the art of writing, rather than hero worship. Espanca herself, as poet, plays the character of a poet/saint in Nobre’s afternoon religious procession:

How I long for you! So much! So much!
Blessed hours, weightless as feathers,
hours of smoke, and ash, serene hours,
my hours of pain in which I am a saint!

Close my purple lids, almost black,
upon two violets,
slight wings tired of flying . . .
And my mouth of mute kisses
and my hands, pale velvets
trace shapes of dreams in air . . .

Through the mention of Nobre’s name in “Languidez,” Espanca establishes herself as poet by basing poetic speech in the context of tradition. However, in the final stanza, mouth, kisses and hands signify, in florbelian terms, herself as agent in the symbolizing process itself. Poetry for Espanca is not inspired by the reflection of the figure of an abstract Woman, since it is the poet’s own mouth and hands at work in the production of poetry. Espanca’s imagery suggests, therefore, a both painful and passionate assessment of the real (mortal) condition of the speaking woman, as opposed, for example, to the ubiquitous and abstract virgin/mother, or even the mythical “fallen” angel. One of these conditions, as shown, is the impossibility of recognition by her peers. In the poem “Impossivel,” (p. 96) Espanca expresses the condition of silence or the sensation of not being heard as a painful yearning:

Espanca characterizes her experience as that which remains unrecognized, as “other,” compared to the relatively easy rendering of Nobre’s experience in words “universally” comprehensible.

Likewise, in “O Meu Impossível,” (p. 233), Espanca takes issue with her own unseemliness as a woman desiring to be heard, desiring fame, desiring a “theater” in which to display her genius. 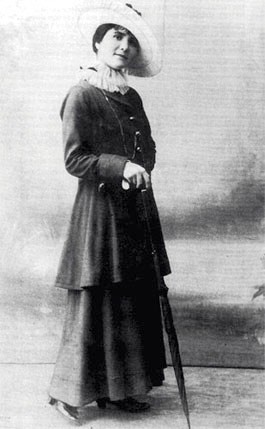 My ardent soul is a burning pyre,
An enormous scorching brazier!
The agony of searching for, and not finding,
The fire that consumes self-doubt!

Everything is unclear and incomplete.
And what weighs most is that nothing is perfect.
To be dazzled by flames until blind
through the tormented night, and all for nothing! God, how sad!

To my brothers in pain I’ve said everything,
and they don’t understand me! Foolish and mute
It was everything I knew and all I envision . . .

The application of a double standard in male critics’ interpretation of Espanca’s work is symptomatic of womens’ doubleness as a result of the function of Woman in male discourse. This doubleness is described by Julia Kristeva in her essay “Stabat Mater” (1989). She says that a woman cannot earn “divine grace” by being real, but must “live her life “hyper-abstractly (‘immediately universal’ . . .”). Another choice is to be “real” as a “fallen” woman (“immediately particular . . .”). However, she can never be “singular,” which is to be complex, divided, both real and universal (p. 173). Kristeva’s essay serves to emphasize the suggested meaning of Espanca’s particular pain, that of never acceding to the complexity of a speaking woman and poet whose experience is universal.

Espanca’s second book, Livro de Soror Saudade (1923), exploits Romantic and Symbolist poetic tradition, as well as religious imagery. For example, hands, whose importance in the final lines of “Languidez” has been noted, reoccurs in “Crepúsculo” (p. 141). In this poem Espanca uses both boca and mãos to describe the neurasthenic poet, in the Romantic tradition:

My mouth has crushed roses,
and my poor hands are as emaciated
as the vague longings of patients.

Espanca’s use of traditional images heightens the transgressive effect of her feminine symbology. In the poem “Prince Charmant” (p. 130), the florbelian symbols, boca and mãos, are interwoven in a religious context that twists the popular and conventional theme of the maiden awaiting her only lover. This subversion is achieved in part through the use of the Symbolist props, for violets and roses by their deep color signify passion rather than humility:

And I never found Him! Prince Charming.
Like the bold rider in old legends
he will come, perhaps, on the morning’s clouds!

Ah! All our lives the chimera
weaves fragile laces in fragile fingers . . .
(Never do you find the One you await).

Playing on her first name, Espanca identifies herself as “flor que sente” (sentient flower).  The poetry (beijos) issuing from her mouth is as if from a wound, an image at once religious and sexual in florbelian symbology. This, along with the image of hands holding flowers symbolizing passion, renders ironic the image of the praying maiden whose eyes are fixed humbly on an unattainable dream, whether man, God or both at once.

As observed in “Languidez,” Espanca uses tradition in a way that posits herself as the poet, even in the Romantic sense of the misunderstood Christ-like figure. In “Prince Charmant,” Espanca suggests an equation between Prince Charming and Christ in her capitalizion of H in “I looked for Him.” It is thus questionable what sort of “male” figure the poet seeks. This ambiguity suggests that her search for a spiritual double or animus figure in “Prince Charmant” is a search for self and/or poetry as the unattainable object. 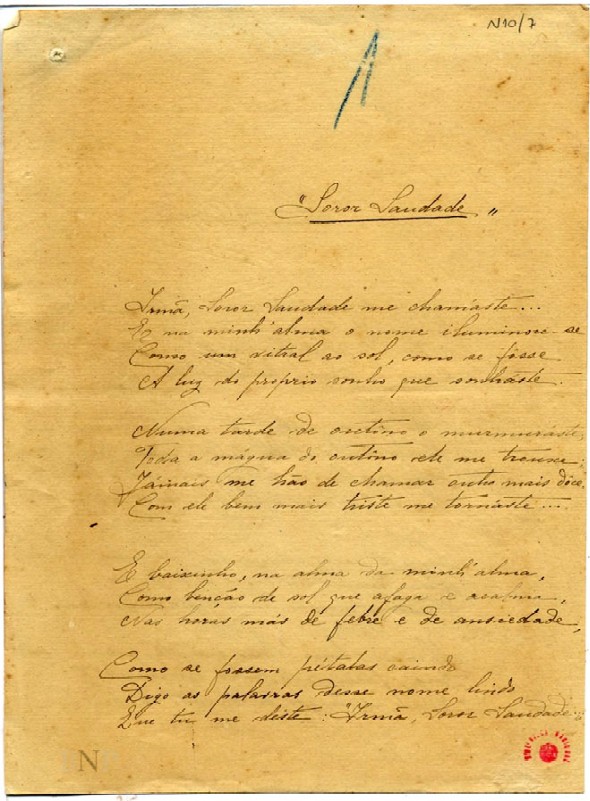 “Nocturn” is one of the most interesting of those of Espanca’s poems that use the Christ figure as a metaphor for the poet’s own suffering. “Nocturno” (p. 34) mixes the traditional metaphor of the moon as poetic inspiration with the image of Christ:

Love, the moon, all kindness,
is kissing the Earth, spreading it’s light.
Love, it is Jesus’ white feet
walking the city streets.

And it makes me think how I long
for the lies and laughter I found in you!
You traced in me the arms of a cross,
On them, you nailed my youth!

This soul I gave you, full of sorrow,
is tonight a lily on a lake
Spreading its white wings upon the water.

Place your hands upon my eyes, gently
Close them with a kiss, sorrowful and faint . . .
And let me cry, wearily . . .

In this poem the theme of disillusionment in love is the matrix for Espanca’s development of religious and Symbolist images. A division into upper and lower worlds is accomplished through the color white, suggested in the light of the moon, and repeated in the white water lily floating on the surface of the lake. Espanca juxtaposes these two images with the figure of Christ, especially his white feet, as they seem to float on the surface of the city and by association on the lake. Upper and lower are further symbolized in the shape of the cross on which the poet has been crucified for her passion. Christ, or the poet herself in her suffering, mediates between two worlds, the “upper” world of poetic inspiration and the lower world of feminine discourse represented by water.

In Charneca em Flor (1931), one finds Espanca’s most quoted poems. In the poems “Mais Alto” and “Ambiciosa,” José Régio (1982), a founder of the influential Presença group, found examples of Espanca’s “two incurable wounds.”  One of these wounds was Espanca’s “insatiability,” which Régio hinted was sexual. The other was her “pride, megalomania, and delirium (and, calling them illness, aficionados of psychiatry may well be right)” (p. 29). However, the poems in Charneca em Flor are lucid in their reflection of the woman writer’s condition of duality in traditional poetic discourse. In the poem “A Uma Rapariga” (p. 210), “the girl’s hands are transformative in shaping her own reality. Death is transformed into a comforting mother, the result of the fashioning of an order that involves laughter, often considered a sign of disorder:

Open your eyes and face life! Fate
must ! Overreach your bounds.
Build high bridges over sloughs,
With your precious girl’s hands.serve you

On this life’s enticing path, walk on
beyond the mountains. Bite into fruits,
laughing! Drink from the fountains!
Kiss those to whom fortune binds you.

Let your earthy hands, lovingly,
from the grace of your willowy young body,
raise to the light the stem of a flower . . .

If “A Uma Rapariga” is transgressive in its image of a young girl smilingly fashioning her own grave and/or death, the same transgression must be noted also as patent sexuality: “Bite into fruits, / laughing! Drink from the fountains! / Kiss those to whom fortune binds you.” Espanca perceives the making of poetry as a bodily experience that includes sexuality and mortality. As in “A Uma Rapariga,” in “Ser Poeta” (p. 186), Espanca’s desire is related to hunger and thirst–i.e. physical in its intensity:

To be a poet is to be higher, greater
than men, to bite as if it were a kiss,
to be a beggar and give as if
king of a realm far beyond pain!

It is to have the splendor of a thousand desires
and not even know you desire.
It is to have inside a comet that flames,
an eagle’s claws and wings!

It is to be hungry and thirsty for the infinite,
for bravery, mornings of gold and satin . . .
it is to condense the world in a single scream.

And it is to love you in the same way, absolutely.
It is your soul and blood and life in me
and to say it to all, singing!

Most notable is Espanca’s wish to speak as an embodied being: “It is to be hungry and thirsty for the infinite” and “It is your soul and blood and life in me / and to say it all, singing!”

Florbelian symbology might be seen as embodying a principle of universality based on a poetics of the female body. It involves the transgression of an accepted vision of Woman, in that the poet represents herself as both maker and as substance for transformation. Espanca’s “impossible,” as shown, was in her misapprehension by a male establishment, rather than in any mythological transcendence of her sexuality or unconscious representation of the virgin territory, Woman, so celebrated in male discourse.

(*) Billie Maciunas graduated from Brown University with a degree in comparative literature and from the University of North Carolina in Chapel Hill with a Ph.D. in Comparative Literature. Her Master’s Thesis is on Florbela (Reading Florbela Espanca: The Imaginary of the Mother) and the doctoral dissertation is on modernist Brazilian poet Ana Cristina César. Maciunas lives in Altamonte Springs, Florida writing poetry, translating, and teaching.
[1] All original poems are from Rui Guedes, Obras Completas de Florbela Espanca, Vol. 2, 1985. All translations are by Billie Maciunas.