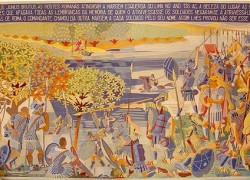 Years ago, finding myself in Lisbon on the Fourth of July, I could think of no better thing to do that day than check out the brand new Centro de Arte Moderna, located at the end of grounds belonging to the Fundação Calouste Gulbenkian. I pretty much expected to see Fernando Pessoa and the Orpheu coterie well represented. Nevertheless, I was surprised to see how much choice space had been allotted to Almada Negreiros. G.M. 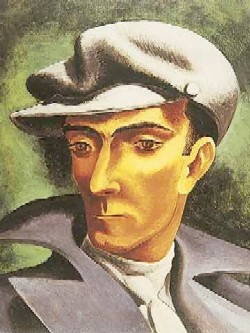 Never mind the trifles on the back wall
to the left as you enter. Take a good look
at what’s on the facing walls, running left

and right, into the main room housing what
is permanent of the “others” (among whom
Almada surely numbers). But glance back

into the foyer, see his African tapestries, a
double triptych, scenes of immigration (in-
cluding a steerage one) paired with those

of a Lisbon Sunday, cidade alfacinha busy
at play. Many faces and many torsos and
limbs show forth in woven panels. Facing

them, on the right wall, there sits at a table,
in a belated work big with design, the messenger.
This canvas, Almada’s deviant clone (no secret),

might affront these colorful carpets. But no, the
person in it doesn’t look out of his clean space, so
clean that you can’t see the smoke he has exhaled.

Imagined to a T, his people know less of Almada’s
splendid, niggard world, having come to their own
realization only by way of balloons spoken in zeal. 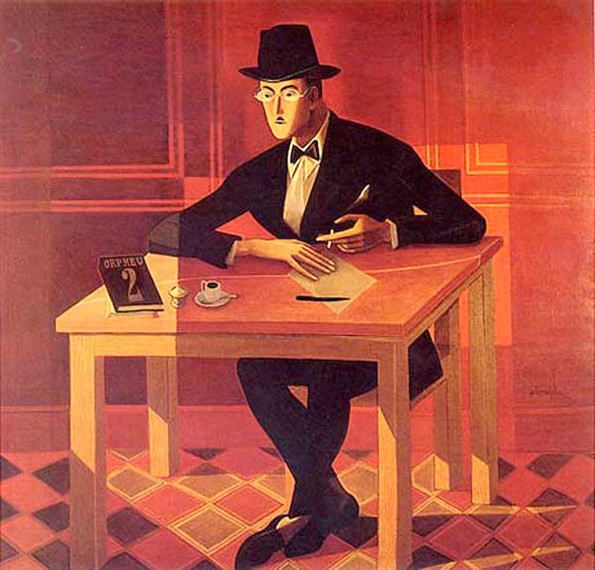 Other Posts by Professor George Monteiro