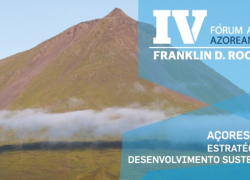 The Forum is co-sponsored by the Government of the Azores and the Luso-American Development Foundation (FLAD).

Launched in 2008, the biennial event will address pressing issues relating to the transatlantic relations between Europe and the United States in the context of the geographical location of the Azores.

The Forum, inspired by the role played by President Roosevelt in 20th century international relations, will bring together politicians and academics from both sides of the Atlantic.