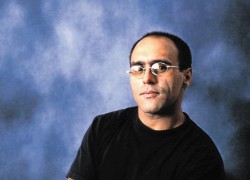 Portuguese award-winning photographer, João Silva, will receive Thursday the “Ordem da Liberdade” [Order of Liberty] one of the highest honors bestowed by the Portuguese Government to individuals who have dedicated their lives to advancing the dignity of humankind and the cause of freedom.

Born in Lisbon, Portugal, João Silva, 45, lives in Johannesburg, South Africa, with his wife and his two children. He will receive the honor in Pretoria from Portuguese ambassador to South Africa, João Ramos Pinto.

In October 2010, when on assignment for The New York Times, João Silva was severely injured and lost both legs below the knee to a landmine explosion in southern Afghanistan while covering American troops.

Silva has returned to South Africa recently after more than a year of surgery and rehabilitation at the Walter Reed Army Medical Center, in Washington DC.

A world-class war photographer, Silva has been covering the major conflicts worldwide namely in Africa, the Balkans, Central Asia, Russia and the Middle East. He has won many awards worldwide, including the World Press Photo award.

About 12 years ago he co-authored, with Greg Marinovich, the autobiographical book The Bang Bang Club: Snap Shots from a Hidden War depicting the bloody end of the apartheid era in South Africa.

The book, later adapted into a Hollywood film, tells the story of Silva, Greg Marinovich, Ken Oosterbroek and Kevin Carter, who became known for their photographic coverage of the violence in the townships in the early 1990s.

He is also the autor of In The Company of God, a book published in 2005 portraing Iraqi Shi’a Muslims’ intense commitment to faith and  sacrifice.

João Silva’s work has reappeared in The New York Times since October 2011. He has also completed the New York City Marathon last year in the handcycling division, in less than three hours.

The Bang Bang Club based on João Silva’s book