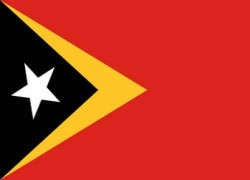 East Timor is the most petroleum-export dependent country in the world with income from oil and gas providing 95% of state revenue.

Despite current substantial income from petroleum, the government of East Timor has announced plans to begin borrowing.

A petition by the Movimento Kontra Deve [Movement Against Debt] is actively opposing government legislation to enable borrowing.

The petition is a joint project of the the Movimento Kontra Deve, a coalition of civil society organizations in East- Timor opposed to their country taking out loans, and the East Timor and Indonesia Action Network (ETAN)(www.etan.org ), a 20-year old U.S.-based group working in solidarity with the people of  East-Timor.

East-Timor,  a former Portuguese colony in Southeast Asia, is a small country of 15,410 km²] (5,400 sq mi), located about 640 km (400 mi) northwest of Darwin, Australia. Comprising of half of the island of Timor, in Indonesia, East Timor was colonized by Portugal in the 16th century until decolonization of the country in late 1975. Upon decolonization from Portugal, East Timor was occupied by Indonesia. After 27 years of struggle for self-determination, East Timor became a sovereign nation in 2002.

Additional background on East-Timor and borrowing can be found