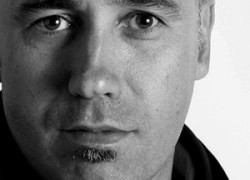 For the last 10 years, Portuguese born award-winning photojournalist Peter Pereira,  has generated numerous stories at home and abroad, including assignments in Haiti, Honduras, Portugal, and  Mexico.

Pereira has worked with a team of journalists to chronicle the live of Portuguese-Americans in Massachusetts, which led to the publication of “A Nossa Vida: The Portuguese Experience in America.”

Peter Pereira was 9 years old when he moved to the United States from Figueira da Foz, Portugal, in 1978. He graduated from the University of Massachusetts at Dartmouth in 1992 with a degree in computer engineering, and even started his own computer company before giving it up in 2001 to focus on his true passion, photography.

He has also won five Publick Occurrences Awards for Superior Achievement in Photojournalism by the New England Newspaper Association. Peter is now represented by the 4SEE  photo agency where a portfolio of his photos is available for public view.