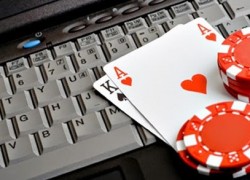 The odds are heavy that Portugal will soon legalize online gambling. You can bet your boots gamblers will be delighted, but the chances are that many non-gamblers will be troubled by this development.

Last week the Council of Ministers approved plans to push ahead and legalize licensed online casino, poker and sports betting. Pending approval by the National Assembly and the European Commission, the new scheme could be in place by the end of this year. It will allow foreign operators to apply for licenses.

Although yet to be convinced about the details, Jorge Armindo, president of the Portuguese Casino Association, said in effect that it was high time online gambling in Portugal was brought in from the cold.

It could also be said that Portugal is merely joining the big boys’ club. Online betting is already well established and rapidly expanding in Europe and elsewhere around the world. Nearly seven million people in Europe regularly gamble online.

The European Commission sums up the rather complicated legal situation as follows: “Online gambling in the EU is characterized by a diversity of regulatory frameworks. Some Member States have monopolistic regimes run either by a public or a private operator on the basis of an exclusive right.

“Others have established licensing systems for more than one operator. At the same time, operators licensed in one or more Member States offer gambling services in other Member States without the authorisation required in those countries.”

Gambling on the internet has been commonplace for years in the United States despite demands for a permanent federal ban. As online gambling is not fully regulated there, most sites that accept American gamblers are based overseas.

While there is no clear legislation in some countries and full legalization or a total ban in others, it is nearly impossible to prohibit or prevent access to internet gambling sites.

All forms of gambling in Portugal at present are regulated by the Santa Casa da Misericórdia de Lisboa (SCML), a charitable institution. It also runs a state sanctioned monopoly on lotteries and sports betting. There are more than 5,000 points of sale in the country, plus 10 land casinos.

The SCML will retain exclusive rights over social gaming, but the ministry of tourism will act as the regulator for the new online laws and licensees.

It is the sheer convenience of online betting that gets the thumbs-up from gamblers. It is informal and beginner-friendly for those who might find a posh casino hall intimidating.

Even people who have never been into a casino building or a local bookie’s shop enjoy regularly visiting online casinos and poker rooms.

But opponents say gambling on the internet takes things too far. It crosses the line of responsible gaming by targeting the young, the poor and the elderly where they live, and by bringing gambling into living rooms and onto smartphones, tablets and home computers 24-hours-a- day without necessary protections. It also facilitates money laundering.

The main objections to both traditional and online gambling are the financial risks involved for gamblers who can ill-afford to lose. Those who do lose in quite a big way often feel compelled to try to compensate, with dire consequences.

And then there are the addicts for whom winning is intoxicating, like alcohol or drugs. They sometimes end up losing their cars, homes and families.

The big winner when online gambling is liberalized in Portugal will be the government, of course. The taxes on games of chance will range from 15% to 30%. Sports betting will attract a rate of 37.5%.

The government says the money will be used to “encourage sport and for cultural development.”