Pedrógão Grande: How you can help the forest fire survivors – Portugal 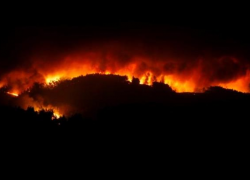 On Sunday Portugal declared three days of national mourning for the many victims claimed by the forest fires in the mountainous regions of Pedrógão Grande, central Portugal, northeast of the capital Lisbon.

Without knowing yet the total number of victims, Prime Minister António Costs offered his condolences to the families of the victims, describing the deadly blaze as “the worst tragedy in terms of human lives lost that we’ve known in recent years” in the country in recent years.

President Marcelo Rebelo de Sousa also expressed condolences for the loss of life and sent a message of “gratitude, comfort and support to all those who have been doing the best that they can.” He also paid tribute to the firefighters who, as he said, were facing the toughest weather conditions possible, including “temperature, wind and zero humidity.” 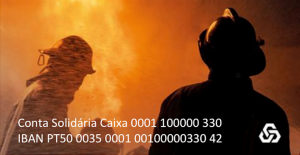 To help survivors, a helpline was created at Caixa Geral de Depósitos, under the title “Unidos por Pedrógão”. The account can be accessed using:

Caixa Geral de Depósitos (CGD) is a Portuguese state-owned banking corporation, and the second largest bank in Portugal, established in Lisbon in 1876.

The cause of the blaze was not immediately clear, but officials have said that hot weather, combined with no rain fall and thunderstorms, may have cause the calamity. Currently the country is undergoing a heat wave with temperatures climbing above 104 Fahrenheit.

According to Portuguese officials, the fire has claimed scored of lives as it went spreading, while people were abandoning their homes. Not all made it with many perishing inside cars as they fled. Scores of houses were destroyed by the flames.

The Secretary of State for Internal Administration, Jorge Gomes, said that at least 30 people had died in their cars. The official number of dead already confirmed by noon on Sunday was 62, but the tally is expected to climb further.

Other accounts set up to receive donations:

Other ways to help: provide food and drink to different stations and organizations who will distribute the much needed supplies: https://www.publico.pt/2017/06/18/sociedade/noticia/o-que-fazer-para-ajudar-bombeiros-e-vitimas-1776067