The love story of Portuguese King Pedro I (1320-1367) and Inês de Castro (c1320-1355) continues to find a place in recent productions and projects in North America.

Once he ascended the throne in 1357, King Pedro I sought vengeance. Inês’ assassins were found, tortured and executed in particularly gory fashion by having their hearts ripped from their chests.

Pedro I claimed that after his wife Constanza had died he secretly married Inês and therefore she was rightfully Queen of Portugal. According to legend, he then had her body exhumed for a posthumous coronation.

Today, the couple is entombed in sarcophagi at the Monastery of Alcobaça, north of Lisbon, and their love story has been the basis for numerous artistic projects over the centuries, ranging from paintings and plays to operas, poetry and dance.

Among the current productions and projects in North America, that highlight this historical account, is the ballet production of Murmurs of Pedro and Ines (Murmúrios de Pedro e Inês), choreographed by Fernando Duarte. It has been performed at various locations in Portugal and will be staged (in partnership with Arte Institute) at Alvin Ailey, in New York, on October 10, 2018.

In Chicago, Portuguese American poet Amy Sayre Baptista has published a number of writings based on the story of Pedro and Inês, viewing it as a rich source to explore the individuals versus their societal expectations.

Focusing on Inês de Castro, Sayre Baptista initially sought to move beyond traditional accounts of the relationship. She writes, “I set out originally to provide a counter-narrative to what I had seen written about her which was only a star-crossed lover story.”

Her interpretation has resulted in the publishing of various poems and has led to collaborations with fellow Chicagoan Portuguese American poet and writer Carlo Matos. 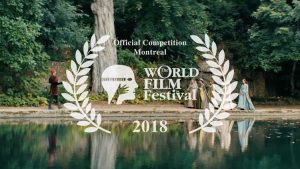 The story has also reached North American film festival screens this season with the inclusion of The Dead Queen / Pedro e Inês at the recent Montréal World Film Festival in Montréal, Canada. Written and directed by António Ferreira, the film was part of the Festival’s World Competition.

A co-production, which includes Portugal, France and Brazil, based on Rosa Lobato de Faria’s 2001 novel A Trança de Inês, combines three re-interpretations inspired by the history and literature surrounding the arcane legend. The film is scheduled for general release in Portugal in October 2018.

———–
Cristina Ogden is a freelance writer and blogger based in Western Canada. She writes on issues concerning the arts and culture of both Portugal and Canada. Her articles, essays and reviews have appeared in journals, anthologies and news sites in Europe and North America.