Portuguese film producer Paulo Branco will head the jury at the 64th Locarno International Film Festival, scheduled for August 3-13, at Piazza Grande, in the Swiss-Italian town of Locarno.

“Mysteries of Lisbon”  is scheduled to open in New York City, on August 5, at Lincoln Center’s new Elinor Bunin Munroe Film Center, followed by a national roll out.

Paulo Branco was born in Lisbon in 1950. He has founded 3 production companies, Madragoa Films, Gemini Films, and Spider Pictures.

Branco has received numerous international awards and distinctions namely the title of Knight of the Arts and Humanities of the French Republic, awarded by President Jacques Chirac in 2004; the Golden Horse 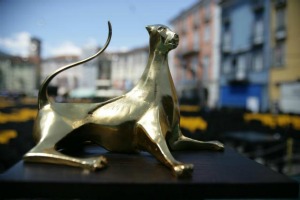 The leopard statuette, designed by local sculptor Remo Rossi is the Locarno Film Festival prize since 1968.

Throughout its 64 year history, the Locarno International Film Festival has occupied a unique position in the landscape of the major film festivals. Every August, around 180,000 cinema-goers, 1,100 journalists, and 3,400 professionals converge on the small Swiss-Italian town of Locarno, right in the heart of Europe, which becomes the world capital of auteur cinema for eleven days. Locarno will have about 20 features competing in the 2011 festival edition.