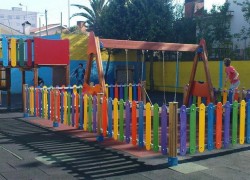 Prime Minister Pedro Passos Coelho sounded the alarm Tuesday by saying that every political party and social partner should throw their weight into the debate on a national strategy capable of raising Portugal’s birth rate, the lowest in 60 years.

Speaking as leader of the Partido Social Democrata (PSD), the main ruling party, he was referring to a commissioned report by PSD with recommendations to boosting the country’s declining birth rate.

Among the measures to be taken, the PSD commissioned study recommended decreasing social security payments for employers recruiting or retaining pregnant women; tax deductions for child caregiving grandparents; and providing free fertility treatment to women below 42.

For a sustained population growth, Portugal needs the average family to have 2.1 children. Portuguese women’s fertility rate stands currently at 1.32, amongst the lowest rates in the world, making Portugal one of the countries in Europe with the lowest birth rate after Germany.

The persistent birth rate decline in Portugal, with a 14% drop since 2008, is due the lingering economic crisis threatening the country’s generation balance.

Predictions indicate that by 2030 the retired population of the country will surge by 27.4%, with those older than 65 making up nearly one in every four individuals. The Portuguese population is currently estimated at about 10,600 million.