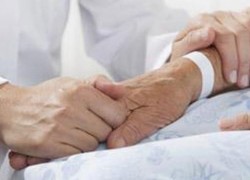 Portuguese lawmakers voted this week to reject a bill to legalize euthanasia and doctor assisted suicide for terminal patients.

The bill, proposed by the ruling Socialist Party, almost succeed, failing on a 115-110 vote with four abstentions, folowing a heated debate where lawmakers were asked to vote according their conscience independently of their party affiliation.

To discourage people from traveling to Portugal to end their life, the proposed bill stipulated that patients must be Portuguese citizens or legal residents.

Euthanasia allows doctors to kill patients at their request, while assisted suicide allows patients to administer the lethal drug themselves.

The euthanasia issue was introduced into the Portuguese political debate in 2016, following a public petition signed by over 8,000 people defending the right to a “death with dignity” for terminal patients.

The issue brought confrontations between the Government and the Catholic Church and other humanitarian organizations. Yet the issue has secured enough support to ensure further debate.

The Portuguese Doctors’ Association opposed the bill, saying it violated their professional principles. A petition by the Portuguese Federation for Life a few collected more than 14,000 signatures opposing the bill on the principle that society and the state have a duty to protect human life. The Portuguese Episcopal Conference distributed 1.5 million pamphlets against the proposal appealing that it would be “a backward step” for society.

In the United States, although euthanasia is illegal, doctor assisted suicide is legal in the states of Washington DC, Pennsylvania, California, Colorado, Oregon, Vermont, Hawaii, and Washington state.

The Portuguese parliament has in recent years voted to permit abortion on demand (2007) and same-sex marriage (2010).