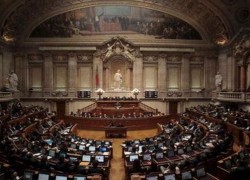 Overturning a veto by President Aníbal Cavaco Silva last month, the new ruling allows for same sex couples to adopt children and removes the mandatory requirement that women seeking an abortion receive prior counselling and pay for the procedure. Parliament had approved the change in November.

The President explained his veto by asking for more public debate on such “sensitive social topics.” The President, who will retire from office on March 2016, must sign the amendments into law within a few days.

In 2014 the conservative majority defeated a move to legalize adoption by same-sex couples, though adoption by individuals of any sexual persuasion was already legal. The measure passed with a narrow majority from the center-right government coalition of former conservative Prime Minister Pedro Passos Coelho, under President Cavaco Silva watch.

Portugal is among the first 10 counties in the world to allow same-sex marriages. Portuguese President Aníbal Cavaco Silva approved the law on May 17, 2010, making Portugal the sixth country in Europe to allow same-sex unions.

Today, Portugal is one of the few countries in the world to ban discrimination based on sexual orientation in its Constitution.  As recently as 1982, homosexuality was still considered a crime in Portugal.