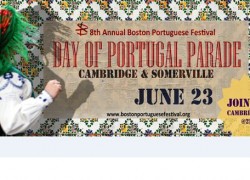 The 8th Boston Portuguese Festival is organizing the Day of Portugal Parade to take place in Somerville through Cambridge, Sunday, June 23, starting at 2:00pm, in the Portuguese Square (Concord Sq.).

The parade is part of a program held during the course of the month of June, dedicated to celebrating Portuguese heritage and ethnic pride with a series of cultural events in the Greater Boston area. The event is free and open to the public.

One of the main highlights of the month long festivities, the Day of Portugal Parade relates to June 10, Portugal’s Day, a national holiday in Portugal. The date is dedicated to honoring the life of Luís de Camões, Portugal’s national poet who died on the 10th of June 1580.

Established in 2006, the Boston Portuguese Festival aims to contributing to the dissemination of the Portuguese culture and heritage in the capital city of Massachusetts. 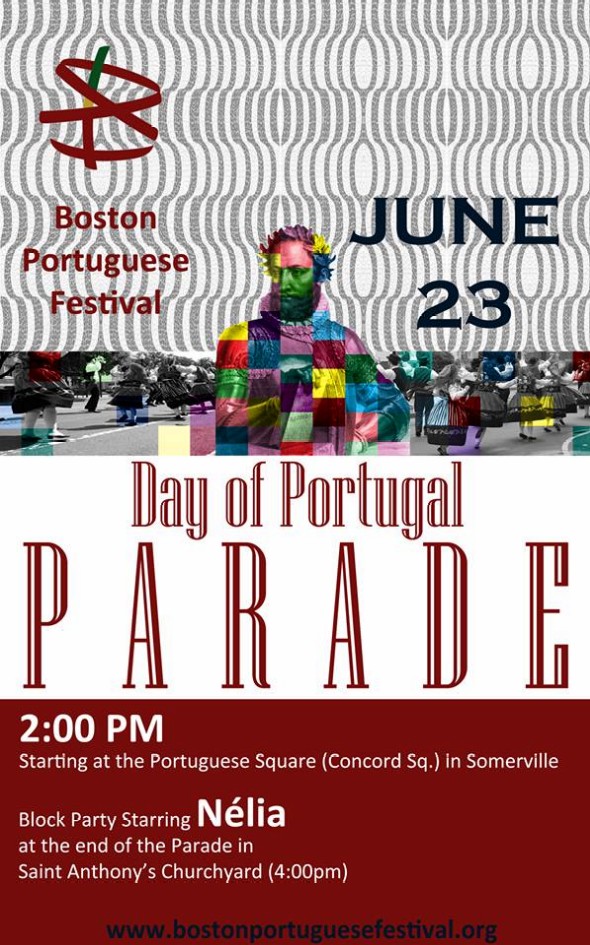