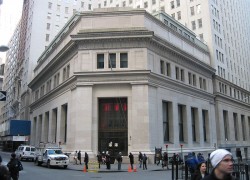 In partnership with the Leadership Business Consulting, Inc. and the goal to promoting initiatives in Science, Entrepreneurship, Business and Economics amongst its membership, the Portuguese-American Post-graduate Society (PAPS) will honor the winner of its Excellence Award in Leadership, at the XII PAPS Forum Award-Winner, April 16, in New York.

A jury will pick a winner among five finalists. The winner will choose between receiving a US$3,500 cash award or accepting a grant for a two week internship at the Universidade Nova, based in Lisbon, Portugal. Members of the jury include António Damásio,  Professor of Neuroscience at the University of Southern California, where he heads USC’s Brain and Creativity Institute and is Adjunct Professor at the Salk Institute.