Pandemic: All direct flights between Portugal and USA suspended – Update 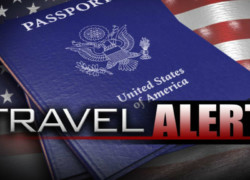 Beginning April 1, until further notice, there will be no more direct flights between the United States and Portugal, as part of the effort to fight the spread of the COVID19 pandemic.

US citizens who are considering returning to the United States, and those in the United States who wish to return to Portugal, are advised to make alternative travel arrangements while connecting flights are still available.

Accordingly, TAP Air Portugal has informed on Monday that fights to and from the United States were suspended, effective from April 1 until May 4 or further notice. TAP operated flights from Miami-Lisbon, Boston-Lisbon, and Newark-Lisbon. For more information regarding flight cancellations consult  flytap.com.

TAP has also announced it is laying off 9,000 workers (90%) and is applying a 35% reduction in the salary of management.

From April 1 to at least May 4, TAP will only repatriate citizens, transport medical supplies and operate flights to the Azores and Madeira. All other flights will be suspended.

Portugal had suspended flights to and from Italy in early March and closed the borders to non essential travel with Spain. Additional fights to and from outside countries were suspended on 19 March, with the exception of Canada, the United States, Venezuela, South Africa, and Brazil

Update: Portugal and the Islands

As for Tuesday, March 31, there were a total 160 fatalities in Portugal victims of COVID19, with 7,443 cases of infection confirmed.

Of those infected, 627 people were hospitalized with 188 in intensive care. The number of recovered cases remained at 43. There were 4,610 people awaiting test results.

The North region recorded the highest number of fatalities (83), followed by the Central region (40) and Lisbon and the Tagus Valley (35). There were two fatalities in the Algarve.

Among those infected with COVID19, there are 853 health professionals, including 209 doctors and 177 nurses.

Madeira reported a total of 46 cases of COVID19 infections and has limited the number of people allowed to enter its islands to 100 per week with a mandatory 14-day quarantine.