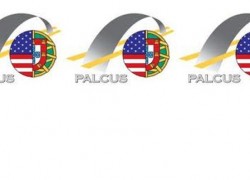 The Portuguese-American Leadership Council of the United States (PALCUS) has announced the launching of the PALCUS Scholarship Program and Fund with the purpose of providing nationwide, merit-based scholarships in support of Portuguese American students in the pursuit of their higher education goals.

Scholarships will be awarded annually to students of Portuguese ancestry who have demonstrated outstanding achievement in their academic careers and who show a commitment to completing an approved plan of study.
The 2012 PALCUS Scholarship will be funded by the “Rosa-Simão Scholarship Fund” in the amount of $1,000.

The goal of the PALCUS Scholarship Fund is to develop a stream of funding that will provide for one or more students to benefit from substantial scholarship awards each year. Donors to the fund may wish to have a scholarship named for themselves or in honor of or in memory of a special individual. For more information, contact PALCUS.

PALCUS is a Portuguese-American non-profit advocacy organization founded in 1991 to address concerns of the Portuguese-American community, namely expanding research programs, and promoting educational and public affairs initiatives on issues of interest to the community.
Deadline for submissions is September 28, 2012. Read more >>