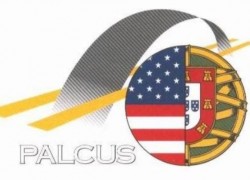 The PALCUS Index, the first annual national survey, has been released revealing the views and concerns of the Portuguese American community.

The main goal of survey, conducted by the Portuguese-American Leadership Council of the United States (PALCUS), was to obtain a view of what matters most to the Portuguese American community, how they participate politically and what are their greatest challenges.

The results show high rate of voter turnout, concerns about maintaining community organizations and the Portuguese language the state of the country’s political leadership, the cost of education, and access to healthcare, among other views such as where they prioritize their time, effort and money, and how connected or disconnected they are to their communities and Portugal.

“The data gathered offers insights into demographic trends, political participation, including voter turnout and charitable giving, community concerns regarding maintaining cultural organizations and the Portuguese language and personal concerns about healthcare, cost of higher education, saving for retirement, tax increases and the state of US political leadership,” the survey concluded.

Over 1,230 viable responses were collected through the online survey available in English and Portuguese versions between August and October, 2017.

The survey respondents were most likely to be US citizens, well-educated (some college or Bachelor’s Degree), and employed for wages in business or education professions with high levels of income.

An example of significant findings is that political participation data revealed that 76.1% of respondents reported voting in US elections regularly, but of eligible voters 84.7% have never voted in Portugal’s elections.

The PALCUS Index national survey, designed and analyzed by Dr. Dulce Maria Scott, was made possible in part through the financial support of the Institute for Portuguese and Lusophone World Studies at Rhode Island College, the Luso-American Development Foundation, the Portuguese-Fraternal Society of America, the Center for Portuguese Studies and Culture at University of Massachusetts – Dartmouth, and Anderson University.

PALCUS is a non-partisan, non-profit 501(c)(3) organization incorporated under the laws of the District of Columbia. Founded in 1991, its purpose is to provide a singular national voice that advocates for the interests of Portuguese-Americans in the United States.

A  full PDF version of the report can be  downloaded here.