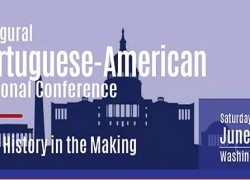 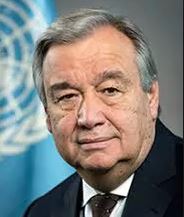 Secretary General of the United Nations, former Portuguese Prime Minister António Guterres, will be the keynote speaker. More than 300 are expected to attend.

Three panels were formed moderated by distinguished academics with presentations by notable Portuguese-American panelists in the fields of education, business and community leadership from across the country.

The conference opens at 8:30am with the plenary session with welcoming remarks by  Angela Simões, Chair, PALCUS;  Dr. Vasco Rato, President, Luso-American Development Found; and  H.E. Domingos Fezas Vital, Ambassador of Portugal to the United States, and opening remarks: by H.E. Augusto Santos Silva, Minister of Foreign Affairs of Portugal.

A closing session will follow with a debate on the topic “Establishing a Plan of Action” with moderators of each panel presenting an overview for discussion with the goal of identifying action items.

The initiative was driven by the results of the PALCUS Index 2017 National Survey; the topics of discussion will focus upon the three issues of greatest concern identified by the survey’s respondents: (1) participation of Portuguese-Americans in public office; (2) maintenance of Portuguese-American organizations; and (3) promotion of Portuguese language education.  At the end of the conference, a plan of action and full report will be created that organizations and individuals alike can use to drive new momentum in their local communities.

The conference will be held at Washington Marriott at Metro Center, in Washington D.C., followed in the evening with a Dinner Reception and Concert at the Residence of the Ambassador of Portugal.