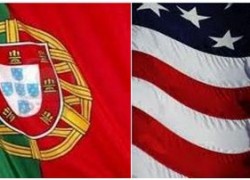 The event will be held at 6:30PM, Thursday, August 23, at Grupo Amigos da Terceira, located at 55 Memorial Drive, Pawtucket (RI).

Open to the public, the event is aimed to anyone looking to gather information on who will be running for office in Rhode Island in 2012.

In a press release, PACC reminds the community that, “The 2012 election is an especially important election for the Portuguese community, Rhode Island, and the US and what better way is there to get to know the candidates than by meeting them and asking them face to face what they stand for and how they will work for those who vote for them.”

Over 25 Candidates have indicated they will be participating in the event. A numbrr of School Committee candidates and City Council candidates will also be present to answer questions from the public.

All inquiries and/or any candidates interested in attending/speaking to the community are to contact David Andrade and RSVP by phone (401) 419-8342 or by email: paccri1@yahoo.com no later than August 14th.

Founded in 1973, PACC- RI is a political, charitable and social organization which promotes the interests of the Portuguese American Community in the State of Rhode Island.