Opinion: The pen is still mightier than the AK47 – By Len Port 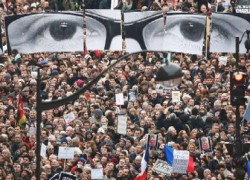 The support for freedom of expression that was coupled with the denunciation of terrorism during last weekend’s rally in Paris was phenomenal, but how resilient is it going to be in the face of various forms of intimidation?

Holding pencils and pens skyward in a show of solidarity was one thing, but what now? Freedom of expression remains a tangled and contentious issue with no uniformity of opinion on just how free the freedom should be.

On top of a unanimous condemnation of the Paris attacks, politicians of all parties in the Portuguese parliament united in a resolution strongly backing freedom of expression in the press, which is already enshrined in the constitution.

A few days earlier, however, an expression of a more subtle and slightly ominous kind was daubed on the main door and a wall of the central mosque in Lisbon. It was simply the number 1143 scrawled the night after the imam of the mosque had described the Charlie Hebdo attack an “act of barbarity” and pointed out that “it has nothing to do with Islam.”

The number 1143 refers to the year Portugal became an independent kingdom while parts of the country were still occupied by the Muslim Moors. It is believed to have been adopted as a symbol of a small neo-Nazi group in Portugal of whom little is heard compared to the outspoken far-right organisations in France and elsewhere in Europe.

The imam told the newspaper Público that the graffiti was “provocative… but we don’t feel threatened.”

Still, it was deliberately offensive and that is when freedom of expression of any kind starts to become questionable, both morally and legally.

Freedom of expression is a Western value, not an absolute right. Although political leaders pay lip service to it, they do not always fully endorse it. France bans Muslim women from wearing the hijab. The utterance of racially insulting words by a well-known person in Britain can cause national outrage. The wrong kind of Twitter message can get you locked up. Write what you consider to be an accurate, honest and truthful book about a criminal investigation and you could face years of court action and a crippling bill at the end of it.

Freedom of expression has little relevance in countries such as China and none at all in North Korea. Nor does it mean anything to extremist Muslims.

USA Today published an open letter from the radical cleric Anjem Choudary saying, “Contrary to popular misconception, Islam does not mean peace but rather means submission to the commands of Allah alone. Therefore, Muslims do not believe in the concept of freedom of expression, as their speech and actions are determined by divine revelation and not based on people’s desires.”

The assassins who massacred 13 people in Paris were apparently happy to die as martyrs in avenging the publication of cartoons of the prophet Mohammad, but their efforts to curtail freedom of expression could not have been more counterproductive. Their savagery only brought the cartoons to the attention of a vastly greater audience than the satirical magazine Charlie Hebdo could otherwise have dreamt of.

When the emotions of last week’s events in Paris have settled, hopefully the pen will still be mightier than the AK47, but even the fiercest advocates of zero censorship will be faced with limits to their freedom of expression.

Not all who strongly support freedom of expression in principle agree that it should be limitless. Nor is there agreement where the boundaries should be drawn. It will always be contentious – and that’s fine.

Charlie Hebdo was openly anti-religious and it did not confine its ridicule to the Muslim religion. But because Christians are less likely to be offended by mockery of Jesus Christ, does that mean Muslims should feel the same way about fun poked at Mohammad?

Looked at from another angle, if censorship starts with Mohammad, where does it stop?

If freedom of expression cannot be absolute, surely it demands moral responsibility. Not everyone is a “Je Suis Charlie” admirer and most professional journalists agree that even without being cowed by the threat of violent retribution, some form of self-regulation and legal restraint is appropriate.

Offence is in the eye of the beholder. Like it or not, the media is going to remain offensive to some one way or another. A good example is the anger expressed last August by fans of Sir Cliff Richard while he was relaxing in his holiday home in the Algarve.

The fans were shocked by the BBC’s live coverage from a hovering helicopter of the police raid on the singer’s Berkshire home. The unannounced raid was in connection with an allegation of sexual abuse of a boy under the age of 16.

Hundreds of viewers complained to the BBC that its coverage made the singer look guilty even before he had been questioned by police about accusations he subsequently dismissed as “completely false.”

The Daily Mail, itself no stranger to plying offensive stories about celebrities, last week described the BBC as “shameless” in submitting its raid coverage for the ‘scoop of the year’ prize at next month’s Royal Television Society journalism awards.

The point here is that the BBC still faces the threat of legal action because, according to Sir Cliff’s lawyer, the coverage caused “immeasurable harm to our client and was both premature and disproportionate.”

Whatever the rights or wrong of this particular case, news organisations in Portugal and in the rest of the democratic world can be counted on to resist any attempts, especially by the powerful, rich or famous, to curb what they regard as honest reporting in the public interest.

Defending freedom of expression will be the focus of a timely two-day conference that will bring together journalists and lawyers in Lisbon at the beginning of next week.

The conference ends the day before a resumption of the protracted trial in which Kate and Gerry McCann are seeking damages of more than €1 million from the author and former detective Gonçalo Amaral because he decided to publish a theory they wholeheartedly disagreed with. 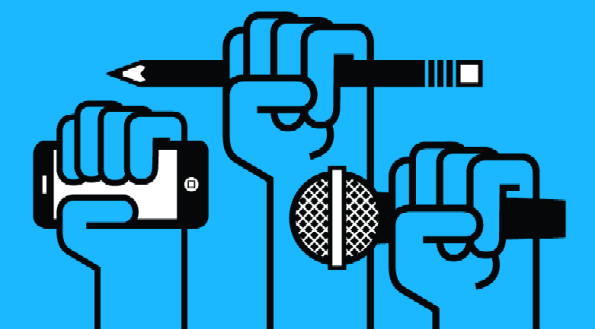