Opinion: Will British expats be in limbo if UK exits the EU? – By Len Port 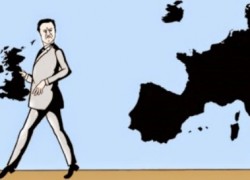 British expats in Portugal could be excused for wincing at recent utterances by Prime Minister David Cameron.

In declaring that he was drawing a “red line” on the number of unskilled immigrants flooding into the UK, Mr Cameron said he would be demanding restrictions on freedom of movement within the EU.

“I will go to Brussels, I will not take no for an answer….”

This drew a crystal clear response from Angela Merkel and both the old and new presidents of the European Commission: forget it – the fundamental principle of freedom of movement within the EU is “non-negotiable.”

If Mr Cameron runs into a brick wall on this, Britain’s relationship with Brussels may come a sticky end sooner rather than later. The chances of this happening seem to be growing almost by the day. And, of course, there would be consequences for British expats.

In arguing for a renegotiation of the terms of EU membership, Mr Cameron’s defense minister said British towns were being ‘swamped’ by immigrants.

The same could be rudely said of parts of Portugal. The Algarve in particular is awash with British immigrants. Though few are a burden on the state, a great many are unemployed or unemployable because they are retired.

If the UK no longer intends to abide by the rules of the club and decides to opt out, would the Portuguese and Spanish governments be justified in drawing some sort of red line on the number of Brit immigrants lolling about in the southern European sun? 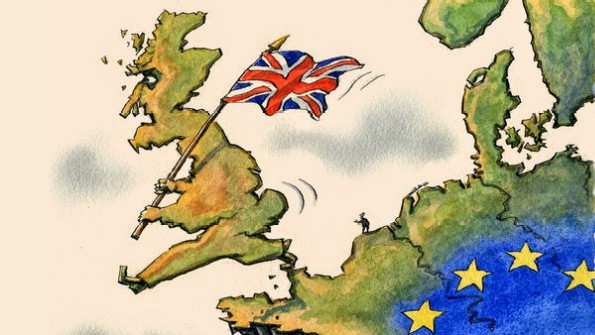 On a related issue, more rather than less freedom of movement may be available to expat criminals if several senior ministers in Mr Cameron’s cabinet and many of his parliamentary backbenchers have their way. They want to scrap Britain’s membership of the European Arrest Warrant system.

Benefit fraudsters abroad have reportedly cost British taxpayers an estimated £82 million over the past 12 months. A hotline has been set up in Portugal so that members of the public can whistle-blow on such cheats.

But without the benefit of the admittedly somewhat flawed European Search Warrant system, arresting and extraditing convicted criminals on the run, as well as serious benefit shysters, will be even more difficult than it already is.

Perhaps the biggest disservice of late to Brits abroad was the sort of public behavior one does not expect from a right honorable gentleman.

With barely concealed fury, Mr Cameron flatly told the House of Commons that Britain was not going to pay an EU bill of £1.7 billion (or €2.2 billion), due by 1st December.

His blunt indignation was redolent of a spoilt child being told to stop staring into their smartphone at the dinner table, but it went down quite well with British taxpayers when they realized that the shock bill worked out at £56 a head.

The danger is that some expats may have been impressed by Mr Cameron’s defiant show of fortitude. Should they be tempted to replicate it with a thumping rejection of a shock demand from the Portuguese taxman, for example, the result will probably be a whopping fine.

Incidentally, I’m told that if you have a problem with the Portuguese taxman, it’s a good idea to go and politely discuss it with him.