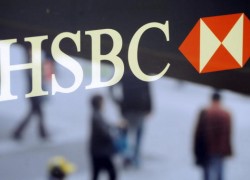 For those of us not savvy when it comes to serious money matters – which includes many more people than you might think – these are bewildering times.

Journalists, along with estate agents, used to be the most disreputable creatures on the planet. Bankers, economists and politicians now hold this distinction.

The latest avalanche of bad economic news started with yet another international banking scandal, this time engulfing HSBC and tax avoidance shenanigans in Switzerland. Details of the scandal and the ensuring furious political row continue to be exposed by leading news organizations privy to thousands of pages of secret files made available via the International Consortium of Investigative Journalists. Feather in the cap.

Trouble is, news of greed and corruption among the rich and powerful has become so commonplace as to be almost boring.

While some of us were still trying to digest the HSBC turpitude, football fans were treated to the news that Sky Sports dominated a deal for TV rights over the next three years in which the British Premier League will be paid the staggering sum of nearly €7 billion. That works out at €13.5 million per game. The total is 70% up on the last similar auction three years ago and is well over a quarter of Portugal’s bailout debt to the IMF.

The deal means that Premier League players will receive even bigger pay packets than the vast sums they are already receiving. Last year Manchester United’s Wayne Rooney was pocketing €404,000 a week. That’s more than president Barack Obama earns in a year.

Real Madrid has been paying Portugal’s Cristiano Ronaldo €18,200,000 per year. He makes in seven minutes as much as an average wage earner in Portugal makes in a week.

If you don’t believe it, do the sums yourself. Or seek help from the BBC .

But all this is small change compared with the potential cost of things going badly wrong with the Greeks. Portugal, like the rest of the European Union, is waiting with trepidation as finance ministers grapple over Greek demands said to be threatening catastrophic consequences not only for the Eurozone but the economy globally.

In contrast to the grumbling Greeks, Portugal has gained international brownie points by forging ahead and following Ireland with an early repayment of its IMF bailout loan.

Eurogroup President Jeroen Dijsselbloem told a press conference in Brussels on Monday: “Like Ireland, which recently started its own early repayments to the IMF, Portugal is demonstrating how quickly a country can be back on its own two feet after a successful adjustment program.”

Greece was the first of several EU countries to ask for financial help. It accepted two massive bailouts subject to certain conditions. Its radical new left-wing government says the conditions have impoverished the country and so it’s not going to abide by them. Other EU countries led by Germany say Greece must honor the deal.

“At the heart of the battle between Greece and its EU partners over its debt crisis are conceptions about morality over debt and economics, issues that have been debated for thousands of years,” according to The Economist.

With the EU perching on the edge of a financial precipice and questions of morality left dangling, Greece’s man-of-the-moment Yanis Varoufakis sat down with other finance ministers in Brussels to play poker.

Writing in the Guardian as the game with extremely high stakes got underway, Anatole Kaletsky, chairman of the Institute for New Economic Thinking, commented: “Yanis Varoufakis, Greece’s new finance minister, is a professor of mathematical economics who specializes in game theory. But his negotiating technique – unpredictable oscillations between aggressiveness and weakness – is the opposite of what game theory would dictate.

“Varoufakis’s idea of strategy is to hold a gun to his own head, then demand a ransom for not pulling the trigger.

“German and European Union policymakers are calling his bluff. As a result, the two sides have become stuck in a passive-aggressive standoff that has made serious negotiation impossible.”

The acrimonious game collapsed in disarray on Monday and again on Tuesday. Yet the Daily Telegraph for one was predicting some kind of “sweetheart” deal that would be “wrapped in obscure language most Eurozone voters won’t grasp.”

If such a deal emerges, it remains to be seen if it bamboozles voters in Portugal who go to the polls in a general election this year amid rising anti-austerity anger in this country.

Could economists not have foreseen all this Eurozone malarkey and thus avoided it? one might ask.

Criticism of the economics profession has intensified since the global financial crisis of 2007-2009 leading many to wonder if economists contribute anything significant to society.

So says none other than Robert J. Shiller, Professor of Economics at Yale University and a 2013 Nobel laureate in economics He notes that economists failed to forecast most of the major crises in the last century, including the severe 1920-21 slump, the 1980-82 back-to-back recessions, and the worst of them all, the Great Depression after the 1929 stock market crash.

But just in case anyone wants to totally write off economists, Shiller added: “Yes, most economists fail to predict financial crises – just as doctors fail to predict disease. But, like doctors, they have made life manifestly better for everyone.”

So that’s all clear them, isn’t it? Except, of course if you happen to be a Portuguese family on the breadline because of austerity. Meanwhile, the eventual outcome of the Greek mess is anyone’s guess.