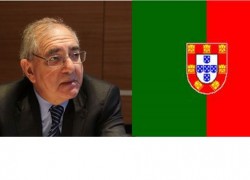 The Portuguese government would like to see a military punitive response to the recent use of chemical weapons in Syria, but only if it is backed “as far as possible” by an international organization such as the Security Council of the United Nations.

This cautious view is in contrast to the blustering hostility and hypocrisy that has been streaming out of the United States.

Portuguese Foreign Minister Rui Machete has said there is “little doubt” chemical weapons were used and he understands “the need to sanction a practice that flagrantly violates international law.” But he notes that it is very difficult to accurately predict the consequences for peace of a military strike. “We await developments,” he said.

Machete was speaking after the British parliament’s rejection of military action and before the matter is fully discussed by the US Congress. His hope that no action will be taken without UN approval is in line with that of President Putin of Russia.

In the meantime, an air of confusion prevails. While reporting on the rhetoric coming out of Moscow, Washington, Tehran and elsewhere, the mainstream media has largely ignored the moral dilemmas posed by the current outrage.

It does not make the killing of 1,429 men, women and children near Damascus with chemical weapons any less heinous, but it should be remembered that an estimated 100,000 Syrians have been killed by conventional weapons in the current civil war.

The argument that the use of chemical or biological weapons is in some way more evil than other forms of slaughter is highly questionable when it is remembered that the North Korean dictators Kim Il Sung and Kim Jong Il reputedly killed thousands if not millions of their own people through starvation.

Humans have been carrying out appalling mass killings since the dawn of history. For example, historians estimate that during the 16th century Lisbon Pogrom, otherwise known as the 1506 Easter Slaughter, between 2,000 and 4,000 suspected Jews were massacred and thrown into pyres across the Portuguese capital. 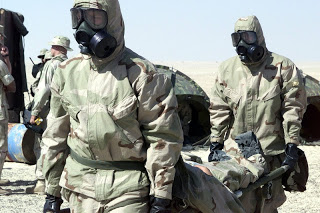 Although it was already considered “uncivilized,” poison gases were widely used during World War I. Well over a million tons of chemical agents claimed hundreds of thousands of casualties.

The United States used Agent Orange extensively during the Vietnam War. It resulted in the death or maiming of 400,000 people. Half a million children suffered birth defects. The US government disputes the figures, but the Vietnam Red Cross estimates that up to a million people are disabled or have health problems due to Agent Orange.

During the Iran-Iraq conflict in the 1980s, tens of thousands of Iranian soldiers were killed during Iraqi chemical weapons attacks, aided by intelligence reports on Iranian troop movements from President Reagan’s administration, which was well aware of Iraq’s chemical weapons capabilities at the time.

In the 1990s, the United States itself had a huge stockpile of chemical weapons and it is said to have retained 15 per cent of its Sarin gas arsenal even after the international chemical weapons ban was introduced in 1997.

The United States and Israel, as well as the Taliban and Al-Qaeda, have been accused of using white phosphorus in battle in the past ten years.

International law still allows the use of napalm against military targets. While most famously used by the Americans in Vietnam, this deadly chemical incendiary agent has been used by several other countries, including Portugal during its 1961-74 colonial war.

“Is there a sliding scale for the ethics of a heinous action? Is it worse to die of gas or hunger?”  asks Carl Hausman, editor of Ethics Newsline, among the few journalists to tackle the moral issue over Syria head-on this week.

On the other hand, “What level of certitude must we attain before the United States can commit ethically to a punitive strike? In a similar vein, can we ever hope to definitively conclude that every diplomatic option has been played out before we attack? Is waiting for a larger consensus always the ‘right thing to do,’ even if it draws out the risks associated with an already demonstrably deadly situation?”

Peaceful Portugal is preoccupied with its own dire domestic problems and has no real option but to urge caution and view the Syrian crisis from the sidelines. Caution seems preferable to President Obama’s aggressive blustering.

Don’t forget, this is the same Obama who in 2009 was awarded the Nobel Peace Prize for his “extraordinary efforts to strengthen international diplomacy and cooperation between peoples.”