Opinion: Spain, like Portugal, leaning to the left – By Len Port 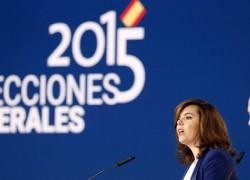 At the start of what is being hailed as “a new era” in Spanish politics, there is no clear indication as to who is going to be running the country, but a left-wing arrangement similar to that in Portugal is one of the strongest possibilities.

Given that none of the four major parties emerged from Sunday’s general election with anything close to a majority of seats in the legislature, the most rational coalition might be between Spain’s two most established rivals, the center-right Popular Party (PP) and the center-left Socialists (PSOE).

As was the case in Portugal, Spain’s conservatives have said they are open to the notion of a grand coalition, but the Socialists are not, certainly if the PP leader, Mariano Rajoy, intends to remain as prime minister.

Commentators are pointing to collaboration between the Spanish Socialists and the radical Podemos as the more likely formula for a new administration, which would be similar to the set-up between the Socialists and far-left in Portugal, minus the Communist Party that is.

The Socialists (PSOE) and Podemos together would not have enough seats to form a majority and so would need the backing of some of the smaller, regional parties.

While the surge in popular support for the anti-austerity Podemos (‘We Can’) party has been spectacular, the other new party, Ciudadanos (‘Citizens’) fell short of expectations even though they still did well.

Ciudadanos could play a pivotal role in the formation of a new government, but being centrist and business-friendly they would be more at home with the right than the left, especially the far left.

The ideological differences, amid accusations about high-level corruption and inefficiency, are such that it is hard to see how numbers can be successfully stacked up to form a plausible government.

As in Portugal after the October election, intense inter-party discussions are now likely to go on in Spain for weeks. If no viable solution is found, Spanish voters will be back at the polling booths in the next few months.

Meanwhile, unease over the country’s security and financial stability is inevitable just as everyone is hoping for a peaceful and prosperous New Year. 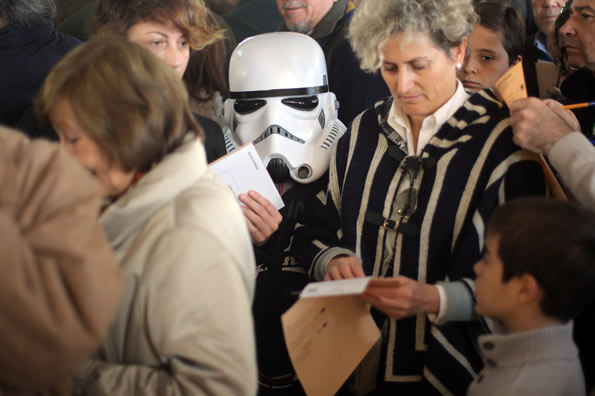 Voters wait in line: — May the Force be with us!