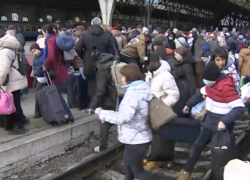 It is increasingly possible that President Vladimir Putin’s war in Ukraine could be his downfall, not so much because of sanctions imposed by the West, but because of condemnation by his own people. That’s what happened in Portugal during this country’s colonial war in the 1960s and ‘70s.

Portugal’s conflict in the last colonies of its empire ended with the revolution of 1974 when elements of the army, with the approval of the Portuguese population at large, ousted the dictatorship established by Antonio Salazar. The dictatorship was replaced by democracy.

It is predicted that if the war in Ukraine continues for much longer, Putin’s autocratic rule in Russia will plummet. It’s already dropping. Protests in Russian cities involving thousands of citizens outraged by the invasion of Ukraine have continued despite many arrests, but so far no evidence has spilled out of significant opposition to the war from within the Russian military.

While Portugal willingly gave up its long-held empire, Putin seems determined to rebuild the former USSR, the Soviet Union, of which Ukraine was a major part. He could hardly be more different in character from Salazar. Portugal’s dictator lived simply and shunned publicity. Putin, 69, seems to be steeped in hubris. He lives luxuriously, mixing closely only with billionaire cohorts.

Like Salazar, Putin had a successful university education. He went on to hold important national positions, including head of the KGB, and yet many have described his interest in Ukraine as an “obsession” and seriously questioned a mindset that seems lacking in rational thinking.

Although perhaps not able to play a major role in Western sanctions against Russia, the Portuguese government has expressed solidarity with NATO, of which it is a 1949 founding member, and the European Union which it joined in 1986.

Russia’s potential retaliation for Western sanctions is causing alarm in parts of Europe, particularly Germany, dependant on imports of oil and natural gas from Russia. Less discussed but nonetheless important, especially in drought-stricken countries like Portugal, is the fact that Ukraine is the main supplier of maize and Russia the main supplier of wheat to Europe.

While Portugal is not dependent on Russia oil and gas, a positive alternative for countries facing cuts in energy imports would be the promotion of greater efforts to further develop clean energy sources, such as solar, wind and hydro-power in line with the climate change needs.

Ukraine has a population of over 44 million, more than four times that of Portugal. Huge numbers of refugees have already fled to Poland and other neighbouring countries. The number is expected to reach four million. Many are expected to make their way to Portugal, which has been home in recent years for between 40,000 and 50,000 Ukrainians registered as Portuguese citizens or issued with official residential permits.

Thankfully, for all Ukrainians and everyone else in this country, Portugal is recognized internationally as one of the most peaceful countries on Earth.