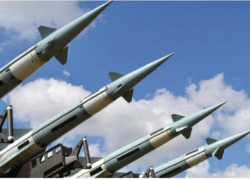 As a country fully committed to nuclear disarmament, Portugal shares most of the concerns of others about the lack of concrete steps on this by the major powers within the United Nations General Assembly.

It is Portugal’s view that the well- documented catastrophic humanitarian consequences of the use of nuclear weapons should reinforce commitments to the Nuclear Non-Proliferation Treaty (NPT) signed in 1968, which Portugal sees as the cornerstone for the pursuit of nuclear disarmament.

This opinion, last delivered in a formal statement to the UN in 2018, noted that “we are witnessing a rise in global and regional tensions. We particularly call on the United States and the Russian Federation to preserve the treaty and ensure its full implementation, which is crucial for European and global security.”

The 10th review of the treaty scheduled for January this year was postponed because of COVID restrictions. It will now take place in New York from the 1st to the 22nd of August. Meanwhile, concerns are growing about the possible use of tactical missiles with nuclear warheads let alone intercontinental ballistic missiles.

Concerns increased with President Putin’s implied threat to turn the Ukraine war into a  broader nuclear conflict when he told his top defence and military leaders to put nuclear forces in “a special regime of combat duty.” That is not as worrying as it may sound because both Russia and the United States are understood to keep their nuclear arsenals on high alert at all times.

But then there was that other remark from Putin warning that any attempt by other countries to intervene with his military campaign would lead to “such consequences that you have never encountered in your history.”

Last Thursday the Kremlin went further and threatened to deploy nuclear weapons in the Baltic region if Sweden and Finland went ahead and joined NATO.  Now, the latest but probably not the last warning from Moscow is that if the US and its allies don’t stop supplying weapons to Ukraine there will be “unpredictable consequences.”

The thinking among Western officials is that all this tough talking may be because of Russia’s setbacks in Ukraine. Unless phase two of its invasion achieves much more success against the Ukrainian resistance, Putin may want to ramp up his hopes for a glorious legacy by going nuclear.

Following Russia’s alleged use of chemical weapons against Ukraine, Putin may also feel the need to go further as his conventional military might is less than that of the former Soviet Union and much less than that that of the 30 combined forces of NATO.

The deliberate use of short-range tactical weapons would be bad enough. Recent studies have concluded that – unlikely as it may be – the use of hypersonic or ballistic missiles equipped with nuclear warheads would create unprecedented destructive blasts and firestorms, hurl up to 150 million tons of smoke and soot into the upper atmosphere and cause widespread and deadly radioactive fallout.

It’s not possible to foretell the likely impact on Portugal of a large or even a relatively small nuclear exchange between the superpowers. It would involve many unknown factors. If the impact here did not include many deaths from fallout, it could at least enforce even tighter in-house isolation than COVID and affect such things as communications, international trade, food and other essential supplies.

It may not be very  reassuring to most of us, but the fact is that while ‘nuclear’ is a worrying word when applied to warheads rather than the peaceful source of energy, the use of small nuclear devices in Ukraine could be far less destructive than the continued, concentrated dropping of a large number of conventional bombs expected in the days and weeks ahead.