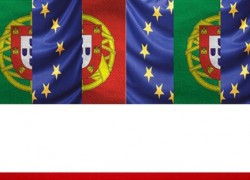 Incredibly, Portugal has plunged from being a role model in its handling of the debit crisis to a potential basket case that may have to go begging for a second bailout. Some analysts say events here could instigate even worse and wider mayhem elsewhere in the eurozone.

The current international spotlight on the life of Margaret Thatcher provides a poignant reminder that the recent turn of events in Portugal is totally in line with the Iron Lady’s scepticism about European economic and monetary union.

Writing in the Guardian, business reporter Graeme Wearden managed to put a lighter spin on things: “No sooner had Cyprus been whisked out of the operation room and into intensive care than Portugal returned to casualty.”

Reeling from the setback delivered by the nation’s constitutional court on top of blistering criticism from opposition politicians and a wide cross-section of citizens, the Portuguese government is now studying plan B.

Widely praised in Brussels for sticking to the stringent terms of the €78 billion bailout negotiated with international creditors two years ago, confidence suddenly nose-dived when Portugal’s highest court ruled that some of the key austerity measures included in the 2013 budget were not acceptable.

The court rejected pay cuts for government workers and pensioners, thus confronting the government with finding an alternative way of making savings of €1.3 billion this year. It also cast doubts on how much further austerity will be tolerated, not only by angry citizens but by the nation’s top judges.

The European Commission welcomed Prime Minister Pedro Passos Coelho’s promise that his government remained committed to the adjustment programme, including its fiscal targets and timeline.

The proposed alternative deficit reduction measures are deeper cuts in public service, especially social security, education, health services and state-run companies. They are expected to be presented at the end of this month, or early next, and will almost certainly bring yet more job losses, hardship and anger.

The Fitch credit rating agency wondered if the ruling of the constitutional court “could be interpreted as saying that all public spending cuts that affect civil servants are unconstitutional.” It added: “If that interpretation is correct, the ruling represents a setback to future fiscal adjustment efforts in Portugal.” The wider fear is that politicians in the other struggling euro economies may face complications if their own judges examine the constitutional correctness of austerity measures.

Troika representatives will soon be back in Lisbon to assess how Portugal is now going to cope. Meanwhile, the Reuters news agency reports that Portugal is likely to get seven more years to repay loans from the European Union “to facilitate their return to full market financing.” But the Commission says that whatever extension is granted, it will be suspended until the government has provided compelling evidence that it has found an alternative solution to the €1.3 billion shortfall.

Regaining full market access may not happen this year.  “In our opinion, at best, this may occur in 2014,” declared a Barclays report. “Negative growth, rising unemployment, and delayed fiscal targets could even push Portugal to require additional official funding in 2014.”

As a backdrop to all this, the United States Treasury secretary Joseph “Jack” Lew,  on his first official visit to Europe, suggested to EU Commission president José Manuel Barroso among others that austerity should be relaxed in favour of more focus on policies that drive economic growth.

Many in Portugal and elsewhere in Europe have been saying this for years, arguing that austerity measures depress growth and are counterproductive. While the debate rages on, Portugal may soon emerge from the casualty ward, but it will still need intensive care.