Opinion: Near anarchy in the EU election jungle – By Len Port 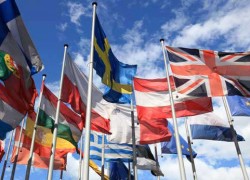 The European parliamentary elections have resulted in convolutions bordering on chaos – but then what else did we expect from one of the biggest democratic events in the world, which spanned four days, 28 countries and almost 400 million citizens?

The European Union is such a befuddling and annoying phenomenon that a record number of voters in Portugal and elsewhere did not bother to turn out. A record number of those who did cast their vote do not even want to remain part of the union.

A toxic mix of apathy and antipathy produced an abstention rate in Portugal of 66 percent. In the EU as a whole, it was 56 percent.

The low turnout figures – 34% in Portugal, 44% throughout the EU – raise serious questions about the union’s democratic credentials, but more importantly for now, what does the bewildering array of other statistics add up to?

In short, a great deal of confusion and uncertainty.

For starters, a continent-wide protest vote giving unprecedented support to extremist parties has more than doubled the number of seats of MEPs who want their countries to quit or radically change the EU.

A third of the new parliamentarians come from fired-up, factious fringe groups representing a variety of anti-establishment, anti-immigration and anti-austerity views.

In France, Marine Le Pen’s Front National topped a poll for the first time ever by demanding that their country be run “by the French, for the French and with the French,” rather than “foreign commissioners” in Brussels. Le Penn described her victory as “a first step in a long march to liberty” away from the EU.

The far right polled strongly in Denmark and Austria, but in the Netherlands too close an alliance with Miss Le Pen was seen as the key factor in Geert Wilders and his far-right Dutch Freedom Party unexpectedly losing rather than gaining seats.

In Italy, the governing Democratic Party of reformist Prime Minister Matteo Renzi surprised even its own most optimistic supporters by trouncing the eurosceptic Five Star party led by an ex-comedian.

The anti-immigration UKIP party triumphed in Britain where the number of European migrants is almost exactly balanced by the number of Britons living elsewhere in the EU, including at least 40,000 in Portugal. Some analysts think the chance of Britain leaving the EU in the next five years has now risen to 50%.

Angela Merkel’s party prevailed in Germany although it suffered its worst ever result in a European parliamentary election and saw a right-wing surge from the new Alternative for Germany party, which wants Europe’s largest nation to ditch the euro currency.

An even more extreme German party, which has been likened to the Nazis, will be sending a MEP to Brussels for the first time, as will Greece’s ultra-nationalist Golden Dawn party, though its leader and several of his colleagues are in prison awaiting trial on charges involving murder, arson and extortion.

On the other side of the political spectrum, the election in Greece was won by the radical left Syriza party. It had campaigned against European leaders for turning Greeks into “the guinea pigs” of the economic crisis and causing “a social catastrophe.”

Disaffection, disillusionment and downright hostility to the EU because of severe austerity and high unemployment secured third place for the Communist-Greens alliance in Portugal.

Despite the maverick onslaught from both left and right, all is far from lost for those who greatly value the EU as a bastion for peace and relative stability in a topsy-turvey world.

In Portugal, the opposition Socialists dominated the election with 31.45 percent. The ruling coalition of Social Democrats and their smaller rightist CDS-PP partner came in second with 27.7 percent.

Overall, the mainstream pro-European center-right and center-left groups will continue to hold a broad majority, with the anti-EU rebels too much of a motley crew to form a cohesive threat.

Even the outgoing Portuguese president of the European Commission, José Manuel Barroso, admitted to being a bit baffled after the counting was over. He described the elections as the EU’s “biggest test of stress ever” and said it would take an in-depth analysis to understand the results.

Meanwhile, many citizens of Europe haven’t a clue what MEPs actually do except regularly perambulate at great expense between Brussels and Strasbourg, and complicate what individual national governments and the unelected European Commission are doing.