Opinion: Is expression ever a freedom too far? By Len Port 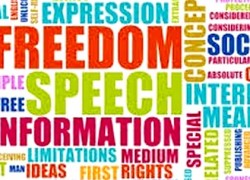 While freedom of expression is said to be the cornerstone of democracy, of late it seems to be on shaky ground.

It remains on a steady footing in Portugal compared to most countries and that is probably because of prevailing moral attitudes as much as the fact that it is enshrined in the Portuguese Constitution.

Throughout most of Portugal’s history, monarchs, the Catholic Church and political dictators have done their best to stop people from expressing anti-establishment opinions.

That changed dramatically after the 1974 revolution. Article 37 of the Constitution lays down that “everyone shall possess the right to freely express and publicize his thoughts in words, images or by any other means, as well as the right to inform others, inform himself and be informed without hindrance or discrimination. Exercise of the said rights shall not be hindered or limited by any type or form of censorship.”

Strong as that sounds, freedom of expression in Portugal is not absolute.

Finland tops the index for the fourth year running, closely followed again by the Netherlands and Norway. Down at the bottom, Turkmenistan, North Korea and Eritrea are countries where such freedoms simply do not exist.

Among the main obstacles to freedom of the press in Portugal as in other European countries are national security restrictions, curbs on information about criminal investigations and defamation suits involving demands for large amounts in damages. 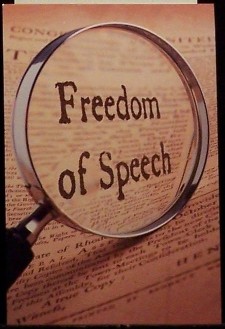 In even the freest countries, defamation against a private individual is a crime, as is blasphemy and hate speech against religion or race.

The courts in Portugal are occasionally asked to step in to exercise control when freedom seems to have been pushed too far.

A few years ago, the Lisbon-based weekly Sol was fined €1.5 million for defying a court injunction by publishing details from phone conversations recorded in a police surveillance operation.

Last year, Portugal’s attorney general opened an investigation into a well-known journalist and author who described President Aníbal Cavaco Silva as “a clown.” Insulting the honor of the head of state constitutes an offence under Article 328 of the country’s Penal Code and may attract a punishment of up to three years imprisonment.

This summer a 30-year-old Algarve artist appeared in court charged with demeaning a national symbol by hanging a Portuguese flag on a gallows in an abandoned field near Faro. It was an expression of personal protest as part of a university project. He avoided a possible five-year sentence when the court ruled he was exercising his freedom of expression. Even in Finland demeaning the national flag is a punishable crime.

Then there is the stalled McCanns vs Gonçalo Amaral civil action in which the British couple are seeking €1.2 in damages from publication of the former detective’s controversial book, Maddie: A Verdade da Mentira (The truth of the Lie). While Amaral is claiming his right to freedom of expression, the McCanns have argued that he has deeply harmed them personally and also hindered the search for their daughter.

The McCann couple said recently that press regulation in Britain was still not working. This came after they were awarded £55,000 in libel damages from the Sunday Times.

As if regulating print media was not complicated enough, online social networking has opened up a completely new frontier, bringing new privileges and pleasures – and also new concerns and challenges.

Unlike the legally accountable mainstream media, social media users operate largely at will. Lord Leveson in his report noted that some called the internet a ‘‘wild West,’’ but he preferred to use the term “ethical vacuum.”

Security services have been monitoring internet communications between terrorists, political extremist groups and criminal organizations. Pedophile rings have also become a focus of special attention. In the main, though, internet users have been largely beyond the remit of regulation.

Things may be changing. Increasingly, hateful ‘trolls’ operating in anonymity from the comfort of their tablets or smartphones risk being tracked down, as indicated by the Metropolitan Police Service’s investigation of a catalogue of threats and vile insults aimed at the McCanns.

In a case thought to be unprecedented in Portugal, court of appeal judges in the northern city of Oporto have unanimously upheld the dismissal of an employee for comments on Facebook. The employee had claimed “right to privacy” and “freedom of expression” in response to allegations that his comments were offensive, but the judge in the court of first instance argued, “it is unacceptable that freedom of expression and communication does not have any type of outer limits.”

A court of appeal in Texas last month seemed to be maneuvering in the outer limits when it ruled that Texans had the constitutional right to take photographs of strangers, even if that involved surreptitious “up skirt” pictures of women or close-up body shots of children in bathing suits for the purposes of sexual arousal or gratification.

The judges in Texas said this was an essential component of freedom of expression and to deny it was a “paternalistic” intrusion on a person’s civil rights.

Was this further securing a cornerstone of democracy, or conceding a freedom too far? 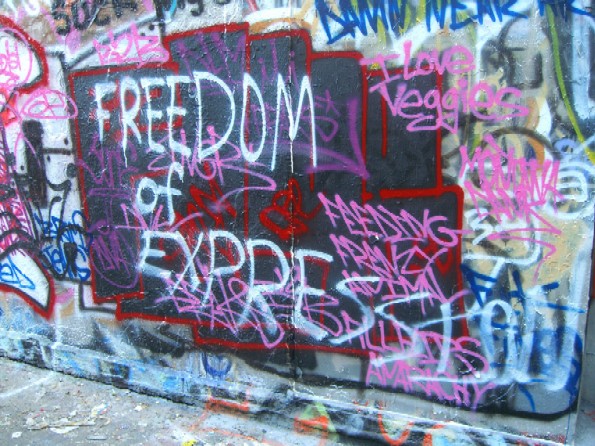