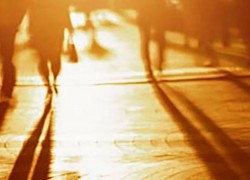 Unlike birds and other creatures that migrate in an orderly and timely way, the mass movement of humans is shambolic.

We used to wander about freely hunting and gathering in small tribes. As human populations grew and greeds, as well as needs, became greater, the more developed tribes sent explorers forth to look for opportunities among vulnerable communities abroad. Invaders and colonizers followed.

The trend swiveled when the Portuguese, Spanish and later the British dispatched their brightest and bravest to set up shop in Africa, Asia and the Americas.

Now we are into a different kind of mass movement in which the trend has done a U-turn: the former colonizing countries are being colonized.

Accurate statistics are fleeting and iffy because of the erratic and sometimes illegal nature of migration, but according to the OECD the percentage of foreign-born citizens living in Portugal is about 8% compared with 12% in the UK and well over 14% in Spain.

In Portugal, foreign-born residents from outside the EU outnumber those from within by about four to one. The majority are from the former colony of Brazil. There are also plenty from the old African territories.

Being among the poorer European countries, Portugal is not fretting about being swamped by EU immigrants. They are seen as an asset not a threat. Over the past couple of decades, plenty of East Europeans have come to work hard. Reasonably well-off British citizens, who like to be thought of as ‘expatriates’ rather than immigrants, have ambled in to buy property and retire in the sun.

Alarmingly, however, with Portugal’s population ageing and its birth-rate dropping, there has been an exodus in recent years of well-educated young men and women seeking employment in the far-flung Portuguese-speaking diaspora.

Some are going to the US where Barack Obama recently emphasized that Americans “are and always will be, a nation of immigrants.” About 20% of all international migrants – nearly 41 million or about 13% of the total population – live in the US.

Obama’s decision to enact sweeping immigration reforms that would allow almost five million people to remain living in the country illegally has outraged Republicans. Immigration could become a central issue in the next US presidential election. It undoubtedly will be high on the agenda in the next general election in Britain.

David Cameron pledged last year to reduce the UK’s net migration rate to tens of thousands. Embarrassingly, the net figure to June 2014 has turned out to be a whopping 260,000. It could have been worse: Germany is much the preferred destination within Europe.

It’s not only the scale of immigration that currently has the British in a lather. The Brits see themselves as victims of their own economic strength and generous benefit schemes. It’s claimed that too many immigrants, especially those from cash-strapped Eastern Europe, turn out to be scroungers.

Because of the many indigenous people in Britain who say immigration is so far out of control that they feel like foreigners in their own land, a referendum on continued membership of the EU becomes ever more likely.

Well aware of the surge in euroscepticism and the need to placate anti-immigrant voters, Cameron said he would lead the UK out of the EU unless it reformed the ‘fundamental principle’ of free movement of workers.

He quickly backed down on his demand for a cap on the number of EU immigrants after German Chancellor Angela Merkel ‘sat on’ him and said the matter was non-negotiable.

Political squabbles don’t come into the equation for those from war-torn countries in the Middle East and Africa paying big bribes to people smugglers to get them to the French port of Calais. If they manage to scramble past the high fences, riot police, sniffer dogs and ranks of carbon dioxide detectors at Calais docks, there’s a chance of making it across the English Channel to the new El Dorado.

By contrast, the controversial Golden Visa scheme (which the Portuguese government intends to continue) enables the wealthiest from China and elsewhere to become residents and travel freely within the Schengen countries of Europe. This despite the recent unveiling of a predictable scandal involving corrupt Portuguese government officials and property agents.

In some ways migration seems to have descended into madness, a frenzied free-for-all. Bar-tailed godwits and monarch moths behave with far more dignity.