Opinion: How many more ‘terrible years’ ahead? – Portugal

The “two terrible years” anticipated by Pedro Passos Coelho on taking office as Portugal’s Prime Minister on 5th June 2011 are almost up. That will not be the end of it, of course. There is no end in sight to the economic suffering Passos Coelho said the nation would have to endure before returning to growth and regaining the confidence of international investors.

“A very rigorous programme of austerity and structural reforms” was the only remedy, he said while setting about implementing the tough €78bn rescue programme agreed with the European Union and International Monetary Fund.

Passos Coelho won a decisive election victory two years ago. Neither the voters nor economists doubted his commitment to the formidable task ahead. But two years on, what has been achieved?

Unemployment has shot up and is now approaching 18%. Among under 25-year-olds it is 40%. Businesses all across the country have been forced to close. That includes almost half the nation’s restaurants and cafés, according to estimates. 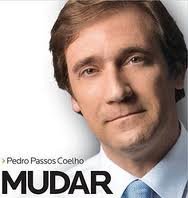 The FT’s correspondent in Lisbon, Peter Wise, wrote:  “Few, if any, crisis-hit European countries have followed the austerity programme more assiduously than Portugal, and the public has largely backed the government’s deep cuts. But recent polls show they have reached their limit and want the programme to be altered, if not scrapped.”

Portugal has not requested any new easing of budget goals set out under its bailout, but its European partners may consider more flexibility if the long recession worsens while reforms remain on track, Reuters reported this week.

On a visit to Lisbon, the chairman of the euro zone finance ministers, Jeroen Dijsselbloem, said it was important for Portugal to stick to its recently revised budget targets and to carry out structural reforms.

“There is a great appreciation in the Eurogroup on how Portugal is tackling challenges, with the economy doing worse than expected. If, on the basis of effort, compliance and reaching structural targets, more time is necessary due to economic setbacks, more time will be considered.”

Passos Coelho’s firm stance is believed to be helping to rehabilitate Portugal in the eyes of international investors but at home he is facing plummeting popularity in opinion polls, opposition calls for an early election, and more strikes and street protests in the weeks ahead. More alarmingly, the genie is out of the bottle over the euro.

Two years ago, the notion of abandoning the euro single currency was seldom seriously discussed. It is now a hot topic. Lively public debate has been sparked by a new book Why We Should Leave the Euro – an immediate best-seller by a Lisbon economics professor, João Ferreira do Amaral.

The argument in favor boils down to this:  “We are now at a stage where it is becoming clear the austerity policy isn’t working despite all our efforts. The next step is for us to realize the euro simply isn’t sustainable for Portugal,” according to Ferreira do Amaral.

Whether Portugal leaves the euro may depend on what happens in the next year or two. Passos Coelho says the long-awaited recovery will arrive in 2014.

He underestimated with his prediction of “two terrible years”. If he gets it badly wrong on recovery, Portugal may be going back to the escudo.