Opinion | Breakthrough in the treatment of Alzheimer’s – By Len Port 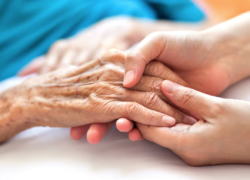 Reports of a breakthrough in the treatment of Alzheimer’s have given hope to countless people close to the estimated 50 thousand people in Portugal and 50 million worldwide suffering from this disease.

There is still no cure for Alzheimer’s, the most common form of dementia. The latest reports refer to positive results from trials conducted on a drug that can slow the early stages of the disease. It is being described as the first drug to provide a real treatment option for Alzheimer’s patients.

The scientific committee of the organisation Alzheimer’s Portugal immediately issued a statement saying, “this news encourages us, and all of those on the side of Alzheimer’s patients, because it is a positive step in the fight against the disease.”

The statement went on to summarise the trials and results so far as reported in the New England Journal of Medicine.

A drug called lecanemab has been shown to reduce patients’ overall mental decline by 27% over 18 months. This may seem modest after more than 20 years of research by many specialists to fund significant remedies, but the new therapy is already being hailed as “momentous” and the start of a new era of Alzheimer’s treatment.

“While the clinical benefits seem somewhat limited, it can be expected they will become more apparent over time, “says Dr Bert De Strooper, director of the UK Dementia Research Institute at University College London. “it’s such a win for our field,” says Dr Liana Apostolova, a neurologist at the Indiana University School of Medicine in Indianapolis.

“Quite promising” is among the less enthusiastic comments from some researchers who feel more analysis is required as lecanemab has been associated with bleeding and swelling in the brain. The drug has yet to be approved by regulatory authorities.

Alzheimer’s is increasingly common, mainly among the elderly. It is a major cause of death in some countries. Many patients die within seven years of contracting the disease.

Memory loss is the most common early indication of Alzheimer’s. This is followed in time with confusion about familiar places and people, struggling with making sensible decisions and carrying out simple tasks. Family and friends have to step in to help as early as possible.

Alzheimer’s Portugal, founded in 1985, is a member of the Alzheimer’s Europe non-governmental organisation dedicated specifically to promoting the quality of life of people with dementia along with their families and carers. Their well-qualified volunteers are continually giving advice and practical help.

The scientific committee of Alzheimer’s Portugal concluded their statement by saying: “It is not yet the solution that will solve the problem of curing the disease, but it is a small and important step in that direction.”

Meanwhile, on a much grander scale, specialist scientists are predicting that within the next few decades there could be a second cognitive revolution that could radically change the internal mental processes that drive human behaviour. The astonishing predictions include the notion that human brains will evolve in such a way that they may be able to hugely expand their power of thinking, producing “super humans” with a much extended and perhaps indefinite lifespan.

More on this later perhaps. For now let’s keep our feet on the ground and wish Alzheimer’s and other dementia patients well.