Opinion: Bad to worse – yet another crisis looms – Portugal 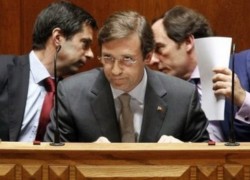 In the swings and roundabouts of public life in Portugal, the on-going economic crisis has produced another political one.

If the present government collapses, which suddenly looks likely, there is no guarantee that an alternative one will fare any better. The country is in turmoil.

As of today in a fast changing scenario, President Aníbal Cavaco Silva is challenged with brokering a deal that will hold the government together and avert the need for another snap election.

The last Socialist government of José Sócrates was forced to quit in 2011 when all opposition parties rejected proposed spending cuts and tax increases as too excessive.

Opposition parties are leveling the same criticism against the current, highly unpopular center-right government of Pedro Passos Coelho. Unlike Sócrates’ minority government, Passos Coelho’s coalition looked secure because it had a comfortable majority in parliament.

Even during last week’s general strike and anti-austerity demonstrations, there seemed little likelihood of the government collapsing. But a week is a long time in politics…

Everything suddenly changed with the resignation of Paulo Portas, foreign minister and leader of the coalition’s junior partner, the right-wing CDS-PP party. It came less than 24 hours after Vitor Gaspar resigned as finance minister. Two other coalition ministers are reputedly set to follow. Without the coalition, the government loses its majority.

In a hastily called TV address to the nation, Passos Coelho (right) vowed to fight on. “With me, the country will not choose political, economic and social collapse. There is a lot of work to be done and we have to reap the fruit of what we sowed with so much effort,” he said.

A new election, two years earlier than scheduled, may be the only option open. It would almost certainly return the center-left Socialists to power, but again probably without a majority.

The other two parties – the Communists and the Left Bloc – are unlikely to do any deals with the Socialists, say analysts, meaning that the next government will again need CDS-PP support.

Amid all the disarray, share prices tumbled and bond yields soared. Meanwhile, hanging in the balance is Portugal’s commitment to the terms of its €78 billion bailout. ‘Troika’ representatives are due to start their next review of the economy in Lisbon on July 15. 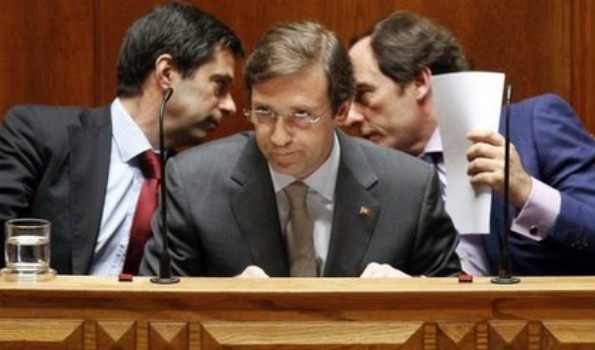 The latest developments fuelled concerns in the national and international press. The Spanish daily El País said Portugal was slipping “into the unknown.” The French Le Monde noted that Portugal could be “facing the failure” of its rigorous economic policies. The Guardian reported on Wednesday that “World markets have fallen sharply today and Portuguese government borrowing costs have soared as the political crisis in Lisbon threatens to bring down its government, inflaming the Eurozone crisis again.”

The New York Times commented: “”Political unrest in the coalition government of Portugal rekindles tensions growing in many European countries on expenditure cuts and other austerity measures that are being blamed for a series of recessions and record unemployment rates in countries like Greece, Spain and Portugal.”

Among the few optimistic voices around is that of Jeroen Dijsselbloem, president of the Eurozone’s finance ministers. “I do not expect any problems with Portugal, first because I believe that the political situation will stabilize, and secondly because the phasing and timing of Portugal’s program [of EU financial assistance and reforms] is proceeding well,” he said in response to the latest events.