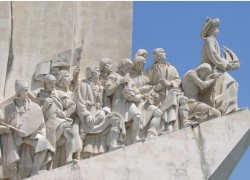 When you arrive to Portugal, you arrive in a country that, according to the International Monetary Fund (IMF), doesn’t seem to be the 7th slowest economy in the world.

Portugal causes a good first impression. It is true that the economy has stopped growing, as the country is facing domestic financial difficulties and social challenges. Yet, it has come a long way since the 1970s, when Portugal experienced its most important historical event in the second half of the 20th century – the 25th of April Revolution – which transformed the country from a declining old dictatorship into a vibrant and young democracy.

What we now know about the long 40 years old regime, and the time leading up to the revolution, is not pleasant.  People then couldn´t speak their minds, gatherings where forbidden (they were considered conspiring against the government), history classes in schools were censored (only the facts that glorified the Portuguese feats were taught),   and books, movies, music and media had to adopt and abide by the choices of the censors.

The country has come a long way, almost 40 decades after the revolution undertaken by the military tired of 13 years of a long war overseas. They were supported by the people also tired of being repressed and poor. 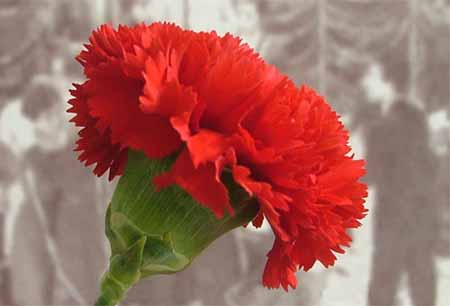 How are the Portuguese people doing now, 40 years later? We are, definitely, more educated, prouder, and more tolerant, with a wider worldview.  Many of us can easily speak more than one foreign language. Yes! We also have grown healthier and better groomed! We are now and again, more than ever, citizens of the world.

Also, we have become better workers and better entrepreneurs.  Portuguese people working abroad are considered some of the world’s most reliant, hardworking and trustworthy people.  When outside of Portugal, if you look around, you will find Portuguese workers or a Portuguese company in charge nearby.

As an example, the floors of the 9/11 Memorial Museum in New York City are made of wood imported from Portugal, provided by a Portuguese company. In Silicon Valley, you will find that some of the most ingenious companies are Portuguese or are run by Portuguese CEOs and managers.

However, we still need to get out of our comfort zone to prove who we are. We are the people who in the past “gave new worlds to the world.” We were the founding fathers of globalization, who have abolished slavery and the death penalty before many others.

I often look around here at the University of Lisbon, where I teach, and often find myself wondering, looking at my students wearing their traditional black garb, partying, and I ask myself: What are their major struggles? What do they fight for? Do they need to conspire against the government like many students did before them hoping for a revolution? Will they become important political leaders like many of our current best known historic politicians that did conspire before the revolution? Will they actually take part on the changes to come? Are they even aware of the importance of the role they will have to play?”

I also ask: What happened to this country that once was so great, that left behind an inprint in every continent of the globe, which influenced the cultures they encountered, that left monuments and landmarks everywhere they went and spread their language now spoken by millions?

I believe that one of our biggest shortcomings is dependency. We are too much of a naïve people. We trust that most of our institutions will hold up to their responsibilities and will respect the citizens they are elected to serve.

However, when the institutions fail us, paradoxically as it may be, when they let us down, and we are asked to fight back, we usually say, “Why bother if nothing can be done about it? And how different is it from other countries?”

It may not be different. But that doesn´t make it right. It is clear to me that the Portuguese people are getting tired of the current situation. We need to get involved. We should be voting for the best candidates rather than for political parties that serve their friends. We have done it before. In 1910, people here overthrew the monarchy, turning the country into a republic. Later, in 1974, tired of being repressed and poor, the people overthrew the old doctorial dictatorship regime.

After the revolution, and during the almost 40 years that followed, we have been feeling comfortable. We and our children were getting better educated like never before, and we all were contributing to a growing economy. However, yet again, we were let down. Our institutions didn’t live up to our expectations.

For the last 10 years, we have been facing the consequences of government mismanagement and political favoritism.  Like in the 1960s, we feel now that we won’t succeed unless we leave the homeland.  As a result, like before, many countries around the world today are taking advantage of our workers’ skills and our entrepreneurship spirit to their own benefit.

Will Portugal become a great country again? I believe it will. I witness it every day in our way of living, in our way of facing our difficult times. Because, no matter what, no matter where I go, I never met a single Portuguese person who is not proud to say where they come from, that they are proud of being Portuguese  and proud to  speak the Portuguese language.