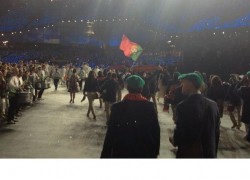 Four years ago, 78 Portuguese athletes competed in 17 different sports at the 2008 China Olympic Games. Some of the best Portuguese  qualified athletes, namely Francis Obikwelu and Nelson , Naide Gomes,and Rui Silva,  will not be able to compete in Londond due to recent injuries. Vanessa Fernandes, who had represented Portugal in Beijing, will not be competing in the London either.

Oscar winning director Danny Boyle will be the artistic director for the spectacular opening ceremony called ‘The Isles of Wonder.’