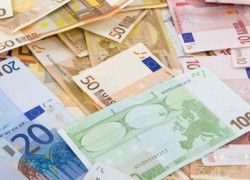 Portugal, with a tax on wages of 41.1%, was the country of the Organization for Economic Cooperation and Development (OECD) with the largest tax increase in labor income, in 2013, according to a new OECD report released on Friday.

Portugal had a 3.5 percentage point income tax increase, higher than the average increase of 0.2 points in the 34 member countries of the organization, with more than 40 cents in the euro earned on an average Portuguese salary going to paying taxes and social security contributions.

With the total burden of taxes on labor across 34 OECD countries rising to 35.9 percent in 2013, from 35.7 percent in 2012, the increases were largest in Portugal, the Slovak Republic and the United States, the report said.

On several levels, from the average single worker to couples with and without children, the report revealed that the burden on a single average employee rose 0.6 of a percentage point between 2009 and last year.

Established in 1960, the Organization for Economic Cooperation and Development (OECD) promotes policies that will improve the economic and social well-being of people around the world. The 34 OECD member countries span the globe, from North and South America to Europe and the Asia-Pacific region.