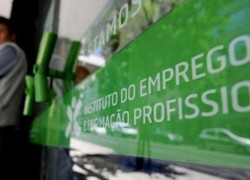 The employment rate in Portugal remained at 62% in the first quarter of this year unchanged from the previous quarter and up 1.7% year-on-year, the Organization for Economic Cooperation and Development reported Wednesday.

However, amongst the younger population, between 15 to 24 years old, the employment rate fell back from 23% in the final quarter of 2013 to 21.9% in the first quarter of this year.

The OECD figures show that at the end of March some 4.236 million people were in work in Portugal with the male employment rate standing at 64.9% against the female rate of 59.2%. The total population is estimated at 10,600 million.

Across the Eurozone, the employment outlook improved slightly with the first quarter ending with 63.8% of people in work against a figure of 63.6% four months earlier.