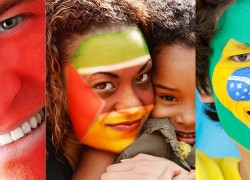 The Portuguese language spelling reform came to effect January 1st for all state organisms and entities in Portugal in accordance with the Council of Ministers decision on January 25, 2011.

The objective of the agreement is to strengthen the role of the Portuguese language internationally and to guarantee linguistic uniformity among the eight member states of the Community of Portuguese Language Countries (CPLP).

The Orthographic Agreement was signed in Lisbon, on 12 October 1990 by the Lisbon Academy of Sciences, Brazilian Academy of Letters and delegations from Angola, Cape Verde, Guinea-Bissau, Mozambique and S. Tome & Principe.

Eighteen years later, as a sequence of a resolution of the Portuguese Parliament of 16 May 2008, this agreement came into force. The implementation of the Orthographic Agreement has been in force in Brazil since January 2009 and in Portugal since May 2009.

In Portugal, while the spelling system has already been adopted by some media outlets, school textbooks and education materials have been allowed a six-year transition period.

Portuguese is the sixth most spoken language in the world by an estimated 250 million speakers. There are different forms to write Portuguese among the many Portuguese speaking countries. The new Orthographic Agreement has adressed the linguistic variations by creating a single spelling system.

The spelling reform has stipulated not only the official spelling for the Portuguese language but also the Lince language convertor as the IT support tool available free at www.portaldalinguaportuguesa.org >>