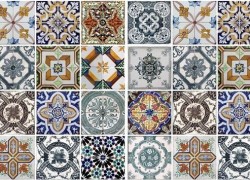 PRESS RELEASE – Earlier this year in February, an Associated Press article reported findings that revealed varying, and at times contradictory, definitions for Hispanic, Basque, Latino and/or Portuguese at the highest levels of the U.S. Government, including the US Congress.

Unfortunately, this caused a visceral and uninformed reactions from our community some of which were neither flattered our community nor represented our tolerance and respect for diversity. Many individuals contacted the National Organization of Portuguese Americans (NOPA) with concerns to investigate the source of such a decision and why key leaders of the community where unaware of it.

Upon realizing that there was nobody leading the effort to clarify why such a decision would have been made without any input from the community, NOPA immediately contacted Ambassador Nuno Brito to update him on the situation and see if he would be able to get an immediate audience with a federal official.

After researching which government offices had oversight and influence over Census ethnic classifications, NOPA shared the information with Ambassador Brito, who within a day was able to meet with top officials at the US State Department and Census Bureau where he discovered that there was no current or future effort planned to classify Portuguese Americans under the Hispanic classification. To this day, there is no information about how or where this rumor began.

NOPA confirmed with the Census Bureau that their offices received calls about this topic and that the rumor was not true. Census officials stated that there were “no plans to count Portuguese Americans as Hispanic in 2020” and that the “Census Bureau follows the Office of Management and Budget definition of Hispanic origin: A person of Mexican, Puerto Rican, Cuban, Central or South American or other Spanish culture or origin, regardless of race.”

NOPA is grateful to Ms. Susan Graham Pereira, who works in the area of multiracial policy issues, for reaching out to NOPA and providing guidance on contacting the entities who would clarify the erred information. NOPA is also grateful to Ambassador Brito, who took immediate action to represent the interests of the Portuguese American community.

Unfortunately, there has been a limited amount of effort to disseminate this update as compared to efforts to announce the erred information. Therefore NOPA asks that the community disseminate this press release as much as possible. Moving forward, NOPA believes that a more accurate measure of the community’s pulse on this issue is needed that can capture feedback from a proper sample size and ensure that the respondents are properly informed with background information such as the pros and cons of changing or not changing our community’s ethnic classification. Most importantly, there has been a lack of an education effort to inform our elected officials about our community, and NOPA believes that more has to be done to ensure that the Portuguese American community is properly defined and recognized by government agencies and officials.

For any questions regarding this matter, please call NOPA at 703-389-3512 or email info@nopa-us.org.